Lansing Christian, Coolidge, Heritage, Oak Glen, and Reavis Schools each had teams participating in the series, and even though St. Ann School wasn’t able to gather enough players for a team this year, the school did participate in the annual food drive that accompanies the tournament. For the sixth year in a row, St. Ann won the competition for the most food items collected (based on the student population). St. Ann was named the winner as part of the pre-game ceremony.

During the awards announcements, emcee Ken Reynolds introduced Karen Adams from the Lansing Food Pantry, the organization that is the recipient of those food donations. In previous years over 55,000 food items were donated. The food drive began in 2013. Reynolds said that this year another 5,737 items were donated.

Adams informed the crowd that the Lansing Food Pantry is now its 38th year the runs entirely on donations and without doing fundraisers. “The people of Lansing are very generous and they take care of each other,” said Adams.

The tournament, which was established in 2010 by Lansing residents Rick Seymour and Sally Reynolds, also serves a fundraiser for local charities. This year some of the funds raised through the event are going to the Lansing Chamber of Commerce’s Family Giving Program. In the past ten years over $50,000 has been raised.

“This is truly a community event,” said Sally Reynolds. “We’ve been very fortunate to have all the supporters of the tournament be incredibly generous and, as a result, we’ve been able to donate to multiple Lansing charities every year. We are so thankful to all those who have helped. This is what Lansing is all about.”

Also presented in the pre-game ceremony was the James Ray Shrader Sportsmanship Award, which went to Reavis School.

Coolidge got off to a strong start and Reavis just wasn’t able to catch up. The first quarter ended with a score of 4-0. By half-time, Reavis had gotten on the board, but Coolidge extended their lead to a score of 9-1.

At halftime, the final round of the Hot Shot Contest took place. The contest is a timed competition among players from the fifth-grade girls basketball teams at each of the schools. Courtney Harrison from Heritage Middle School and Jordyn Clark from Oak Glen Elementary School competed to see who could make the most baskets within a 90-second span by shooting from cones placed at various spots on the court. Clark beat out Harrison by sinking 32 baskets compared to Harrison’s 25.

“I didn’t think I’d win because of the height difference,” said Clark, who received a trophy as her prize.” I really didn’t expect to win, but I’m happy I did.”

The gym was packed with spectators that included Coach David Rivers from I HUSTLE Basketball Academy in Dolton. “One of my players, Naton Johnson, is playing for the blue team,” he said. “I just came to watch and check in on him and see him play in the championship.”

As the second half continued, Coolidge narrowed the gap a bit and the third quarter ended with a score of 13-8. Each team added a basket in the fourth quarter, bringing the final school to 15-9.

Game MVPs were announced following the game—Sam Carter for Coolidge and William Boyd for Reavis.

“The Roundball Classic is a great way to extend the basketball season for the kids, and it gives them an opportunity to engage with other fifth-graders in the pubic and private schools,” said Reavis Principal David Kostopoulos. “It showcases our community supporting the community.”

Mayor Patty Eidam was also pleased to see how the community came together. “It’s truly a community-wide event—something that includes every school,” said Eidam. “It’s nice to see the elected officials and the school officials all in one place cheering on the kids.”

The additional charities that will receive part of the tournament proceeds will be announced at the February 18 Village Board meeting. There will also be recognition at next week’s District 158 School Board meeting. 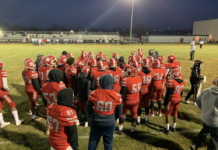 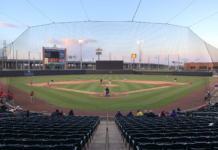