LANSING, Ill. (February 10, 2020) – At the February 4 meeting of the Village Board, the vote was unanimous to approve Ordinance 20-003, “authorizing and approving a Tax Increment Financing redevelopment agreement between the Village of Lansing and Tacosina Group Corporation (Rancho Grande—17904 Torrence Avenue).” This approval will give owner Jorge Trujillo the go-ahead to begin remodeling the former Golden Crown restaurant as he first proposed to the Board in August of 2018.

“Jorge’s project is going to bring a substantial renovation at a family-oriented business south of Interstate 80 on Torrence,” explained Administrator Dan Podgorski at the January 21 Committee of the Whole meeting. “On top of the acquisition of the building, Jorge is planning to spend more than $750,000 to rehabilitate this building and open up this new location.”

The agreement encompasses two forms of reimbursement through the TIF, Podgorski told the Board. First, the agreement includes a reimbursement of $118,691 toward the costs associated with “making the building whole again,” including plumbing, electric, and HVAC expenditures. Second, the project qualifies for the Village’s Facade Program, so costs for window replacements, concrete sidewalk, excavation, and exterior building improvements—which total $161,950—can be reimbursed up to 40%. “We’re asking the Board to exceed the normal facade cap at $100,000 per project,” said Podgorski. “We feel this is a critical development. It’s a great spot in town, a very recognizable restaurant location. And when you see the commitment that Jorge has made to his Ridge Road store—he wants to be in this town, he’s invested in this town, and he’s gonna do some great things at this location.”

Other improvements to the property include redoing the parking lot, adding exterior lighting, updating signage, and constructing an enclosed patio.

Trujillo is hoping his new Rancho Grande location will be open this spring or summer. 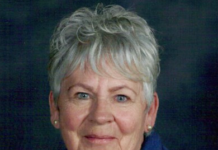 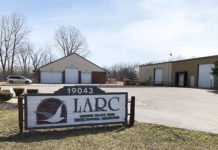