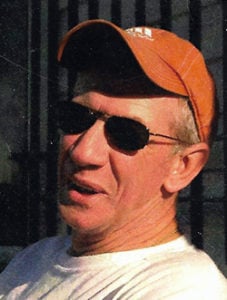 Owen Deckinga, “Big O”, was destined in life to haul trash, and he was happiest on The Truck. He sadly “turned in his keys” on February 2, 2020.

Born on August 9, 1943, to John and Annette Deckinga, and raised on the south side of Chicago, Owen was the first of the six Deckinga brothers. For over 60 years he hauled trash in the Chicago area, displaying a solid work ethic and great integrity, sweating hard both for other bosses and for himself in the four different trash hauling companies he started.

Loving father of four sons and one daughter, beloved grandfather of six, he was married to his soul mate Pat for 45 years.

Owen served as an elder at Bethel Christian Reformed Church. In addition, Owen was a lay preacher at a nearby retirement home, giving the residents their spiritual instruction as well as the occasional side tip (like how to properly affix Sea Bond to their dentures). 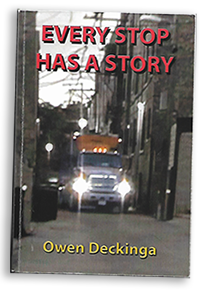 Owen always enjoyed good music, talk radio, boating, adventures and, oh yes, telling tales, which he put down in print a few years ago, becoming an author as well as a story teller.

As Owen himself enthusiastically declared—and is surely now declaring—”To God be the glory!” A Memorial Service for Owen will be held at Bethel Church, 3500 Glenwood Lansing Road, Lansing, IL at 11:00am on February 8, 2020.