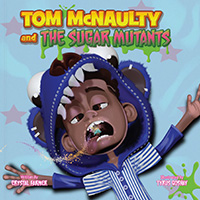 Farmer, a mother of four children, has years of theater experience as both an actress and playwright.

“When I was in kindergarten, my teacher cast me in The Lion and the Mouse as the Mouse. It wasn’t like I had interest [in theater] at age 5; however, my teacher saw something in me, and ever since then, I have been in almost every school play,” Farmer said. Her other acting credits include Fame the Musical and Working. She continued acting until her college years. It was on the stage that she found her inspiration for writing.

“When I am on that stage, I become alive. So alive that I figured, ‘Why not create my own stories and make them come alive?’ During adolescence or throughout my high school career in acting, I began writing my own scripts, mainly for my local church to inspire and strengthen the hearts of people,” Farmer said.

After being cast as Gretel in a South Suburban College production of Hansel and Gretel in 2005, Farmer said she gained a deeper love of children’s theater. She said the “transparency and authentic love” she received in the role inspired her to come up with “all things children” in terms of scripts and original songs that promote faith, morality, and love.

Farmer then decided to pursue her next endeavor: writing a children’s book. Tom McNaulty tells the story of a young boy who wants to eat his favorite snacks all the time. However, after visiting the dentist, Tom comes face-to-face with the Sugar Mutants, which are named after a real bacterium called streptococcus mutants. Tom’s story tells children about the importance of taking care of your teeth and warns against the dangers of the Sugar Mutants, who eat away at teeth, causing tooth decay and cavities.

Although this is just her first book, Farmer hopes to continue writing stories for children.

“I have plans to write as long as children exist and my creative juices flow,” Farmer said. “In the future, my next book will be geared towards kids’ mental health. Children have a hard time sometimes choosing between reality and fantasy, making it kind of hard for them to make healthy decisions overall. I think I want to take a stab at promoting healthy concepts for better mental health in children.”

Farmer is a graduate of the University of Phoenix and holds an Associate of Arts in Mass Communications. She has been married for 11 years and has four children. When she’s not busy writing or acting, Farmer enjoys watching movies, listening to music, and creating short films. Tom McNaulty and the Sugar Mutants is available on Amazon and on her website, crystaljfarmer.com, just in time for Dental Health Month, celebrated in February. 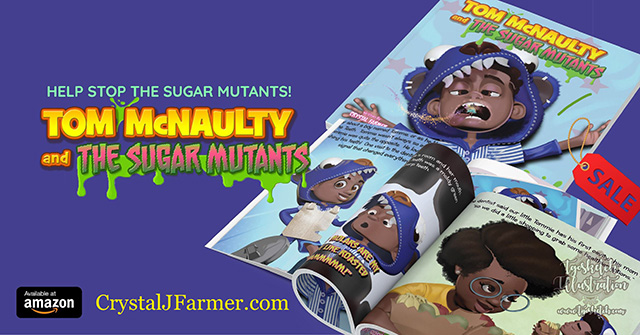