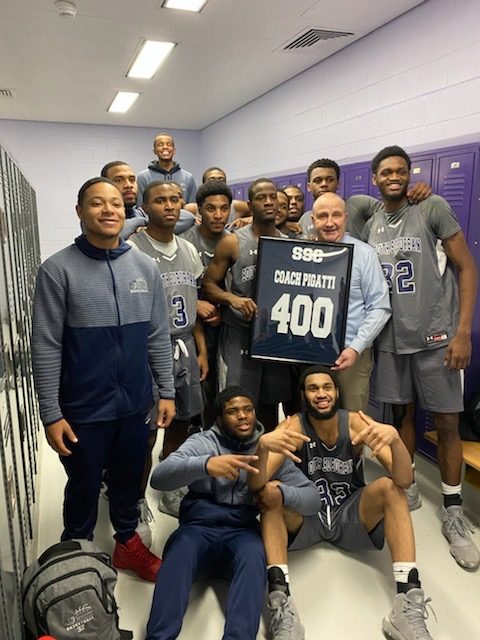 “It’s a tremendous accomplishment and a tribute to some great players who have come through here at South Suburban,” said Coach Pigatti. “Our players have really bought into our program and are committed to working hard on and off the court. We have been proud to have two Player-of-the-Year recipients and 10 First Team All-Americans, but more importantly countless players who have earned their degrees and transferred on to four-year programs.”

Coach Pigatti has won nine Region IV Championships, his teams have been to nine NJCAA Division II National Championships and have at times been ranked #1 in the country. Currently ranked sixth in the National Junior College Athletic Association (NJCAA) Division II Men’s Basketball Top 20 Poll, the Bulldogs are 19-3 this season and have won ten consecutive games. The team has been ranked in the top ten every season since Pigatti has been at SSC.