Editor’s note: It takes a team of professional writers to cover Lansing news and contribute articles to the daily online edition as well as the monthly print issue. We asked our contributors to choose a favorite story from the past year and explain what made it special for them. 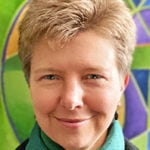 I’m choosing an entire issue as my news highlight of 2019—the March print issue.

In this issue, we gathered basic information from all the candidates who were running for office in the April 2019 election—not just Village Board candidates, but also candidates for Lansing’s three School Boards, the Lan-Oak Park Board, the Library Board, and the South Suburban College Board. We explained what each political office does, listed the candidates, and provided information about when and where to vote. We organized all the information in a way that would be helpful to voters as they faced their ballots in March and April.

This was the first time that Lansing residents had a voting guide they could review before heading to the polls.

In fact, the election officials who were assisting voters during Early Voting at the Lansing Public Library kept the March issue of The Lansing Journal available for voters who had questions. We had to restock their supply of that issue—they kept running out because so many people found it so helpful. And I received this thank-you note in mid-March from a reader:

“Just a note to say ‘Thank you’ for all the information about the candidates printed in The Lansing Journal on March 6, 2019. Now we can have some knowledge of who we are voting for! Your efforts are much appreciated! Keep up the great work!”

In April, we were able to print a bonus issue that included a summary of the election results. That bonus issue was possible because of donations people made during a fundraising campaign earlier that year.

Covering elections is difficult work for any newsroom, and The Lansing Journal’s team of journalists put in long hours and extra meetings to do it well. We worked together to compile and verify important information, and to present it in a fair and accessible way. It was rewarding to see election officials in Lansing making practical use of that information to help people participate in our democracy. And it was exciting to be able to report the election results in print because of readers who gave generously.

I’m proud of both the March 6 and the April 10 issues because they represent real news and real community, the best of what a community newspaper can be.

Make sure you subscribe to receive important local news from Melanie Jongsma and our other correspondents by email each morning: