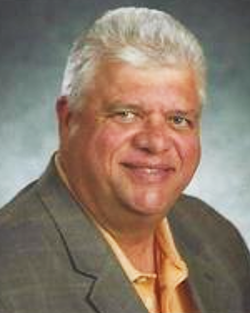 Michael Eugene Zielinski, 61, of Homer Glen, IL, passed away in the company of his family and friends on November 20, 2019, from esophageal cancer.

He was born to Eugene and Rita Zielinski in Hammond, IN. Mike graduated from Thornton Fractional South High School and attended the University of Illinois at Urbana-Champaign, where he majored in Business/Marketing. In 1982, he married the love of his life, Mary Beth (née Przekwas), who survives him. Mike will be forever remembered by his parents Eugene and Rita, his children Angela Zielinski Kinney and Andrew (Amanda); his brothers John (Laura), Joseph, and David; his sister Jeanie (George); and his loyal dog Sargeant. Mike is deeply missed by his nieces Rachel, Caitlin, Lillie, and Lexi; his nephews Steven, David, Jeff, Paul, and Kevin; his mother-in-law Dorothy Przekwas; his brother-in-law Philip (Gayle) Perzek; and his sister-in-law Sue (Stephanie) Sharp-Przekwas. He is predeceased by his nephew, Ryan Zielinski, and his sister-in-law, Lisa Zielinski (née Przekwas).

Friends may visit with the family on Tuesday, November 26, 2019, at the Schroeder-Lauer Funeral Home, 3227 Ridge Road, Lansing, Illinois, from 2:00 to 8:00pm. Funeral services for Michael will be held on Wednesday, November 27, 2019, at the funeral home, friends may visit with the family from 8:30am until 9:30am closing prayers. We will then be processing to St. Ann Catholic Church, 3010 Ridge Road, Lansing, Illinois, for a 10:00am Mass of Christian Burial. Interment private.

Mike was truly a self-made man. He began working as a manager at the family business, Custom Enterprises, and quickly transitioned to running multiple gas stations and convenience stores. In 1995, Mike and several like-minded friends founded an innovative merchandising and marketing organization, Royal Buying Group Inc. RBG flourished under Mike’s leadership as President and CEO; it was ranked the sixth fastest-growing company by Crain’s Chicago in 2008, and reached #46 on the Inc. 5000 list in 2009. Throughout the years, Mike served in many prestigious industry positions, including Shell Dealer Council President and NACS Supplier board member. He was involved in countless consulting and business management pursuits, including UniteMeNow LLC and the legendary Hukilau Tiki Event. His success was evidenced not only by the many awards and honors he received, but also by the strong professional and personal relationships he sustained through his work.

Mike was known for his love of music. He played the accordion from a young age, and later became a talented drummer who played in the TF South marching and concert bands, and in the University of Illinois drumline. As an adult, Mike continued to play in the South Holland Municipal Band and was regularly a guest percussionist in performances of Handel’s Messiah. Mike encouraged his children’s musical interests and spent time as a volunteer percussion instructor at Memorial Jr. High School as well as at TF South High School.

Mike was an avid Chicago sports fan who loved golfing, deep sea fishing, and most of all, tailgating. He always supported his favorite sports teams: the Cubs, the Bears, and the Notre Dame Fighting Irish. He traveled frequently for business and for pleasure, connecting with people all over the globe. He especially enjoyed taking Mary Beth to sunny places, such as Hawaii, the Napa Valley, and the Caribbean. Mike is dearly missed by his family, friends, and business associates, but his personal and professional legacy has left an indelible impression on the world.

In lieu of flowers, please forward donations to the Esophageal Cancer Action Network or the Mr. Holland’s Opus Foundation.