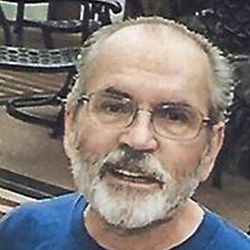 Robert Warren West, known to friends as “Bob,” passed away at the age of 77 Tuesday, November 12, surrounded by loved ones. He left this world peacefully.

Bob was preceded in death by his mother Martha and Father Warren. He is survived by his loving wife Jan and his four daughters Kelly West (Jodie), Wendy Rodriguez (Dave), Natalie Bolognino (Steve), and Valerie Basile (Jason). Bob will be lovingly remembered by his seven grandchildren: Jillian, Justin, Noah, Ryan, Stephen, Danielle, and Michael. He will be fondly remembered by his sister Cynthia West Radcliffe, along with the families of his nephew and niece.

A Celebration of Life for Bob will be held on Sunday, November 24, 2019, at the Schroeder Lauer Funeral Home, 3227 Ridge Road, Lansing, Illinois, from 3:00 to 7:00pm. Funeral services for Bob will be held in his memory on Monday, November 25, 2019, with closing prayers beginning at 9:30am at the funeral home, then processing to St. Ann Catholic Church, 3010 Ridge Rd, Lansing, Illinois, for a 10:00am Mass of Christian Burial. Interment private.

Bob lived his entire life in Lansing, Illinois, where he found his three passions: his family, his political career and his Harley. In his youth Bob worked side by side with his father until he took over the family business, becoming the owner of Lansing TV and Video. He spent the next several years serving the community of Lansing as a member of the Lansing Jaycees, Lansing Lions Club, and Knights of Columbus. As his dedication to his town grew, Bob served on the Lansing Zoning Board, joined the board of Lansing Trustees, and culminated his love for Lansing serving as Mayor (1993-2001). Following his political career, Bob worked for Cook County as a Tax Analyst.

Bob always did his best to be honest and true. He always believed if you were going to do a job you should do it right. Bob was filled with good times and always seemed to play it cool. His friends and family will forever remember him giving the thumbs up while sharing two simple words to live by: “Keep Smilin’.”