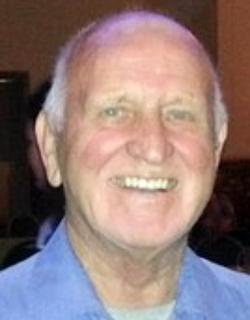 Raymond Duane Janssen age 88 of Lansing, Illinois, was called home by our Lord and Savior Jesus Christ on Saturday, October 12, 2019.

Friends may visit with the family prior to the service on Saturday, October 26, 2019, at Trinity Lutheran Church, 2505 Indiana Ave., Lansing, Illinois, at 11:00am. followed by the funeral service, with Pastor Gary Schmidtke officiating, at 12 noon. Raymond will be laid to rest at Oak Glen Lutheran Cemetery, Lansing, Illinois, at a private ceremony.

Raymond was a Lansing resident for the past 6 years, formerly of Englewood, Florida; Chicago (Hegewisch), Illinois; and Mattoon, Illinois. He was a Korean veteran of the United States Army from 1952 to 1953, and Illinois Guard member from 1951 to 1957. He was also a past member of the American Legion Post 113 of Englewood, Florida. He retired from Republic Steel in Chicago, Illinois, after 40 years and was a member of the United Steelworkers Union. After his retirement he volunteered as a FISH driver for over 20 years. Raymond was loved by many, and he will be truly missed. Anyone who knew Raymond will tell you that he was truly a good man and a good Christian.

In lieu of flowers, memorial donations may be made in Raymond’s name to Trinity Lutheran Church, 2505 Indiana Ave., Lansing, Illinois 60438, or the Alzheimers Foundation of America, 322 Eighth Ave., 16th floor. New York, NY 10001.