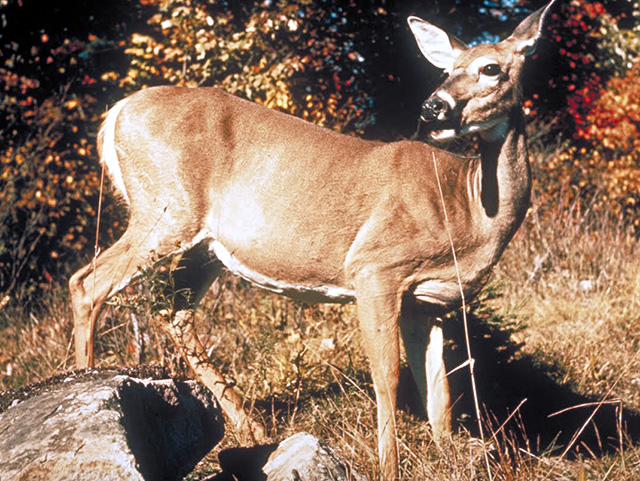 In other words, “Fall driving can get risky when deer get frisky.”

Acting Illinois Transportation Secretary Omer Osman says the most important tip for driving safety is: “Don’t veer for deer. While your first instinct when facing a deer in the headlights may be to swerve, doing so could cause you to lose control of the vehicle and increase the severity of a crash.”

Motorists are urged to consider other safe driving tips during deer mating season:

In 2018, there were 15,636 motor vehicle crashes involving deer in Illinois. Of these, 14,998 resulted in damage to property or vehicles only, while 630 caused personal injuries. Eight of the crashes were fatal.

“Deer-vehicle collisions can happen in any part of the state—urban or rural,” said IDNR Director Colleen Callahan. “If you do hit a deer, remember to report the accident to local law enforcement or a conservation police officer. They can help control traffic, clear the roadway.”

If you hit a deer, pull off to the shoulder and turn on the hazard lights. Call 911 to report the accident so law enforcement can assist. Do not get out of the vehicle to check on an injured deer or pull it from the road.

For more information on how to claim a deer that was involved in a crash, visit http://bit.ly/DeerClaim.

To report possession of a deer killed in a deer-vehicle crash, fill out the form at .