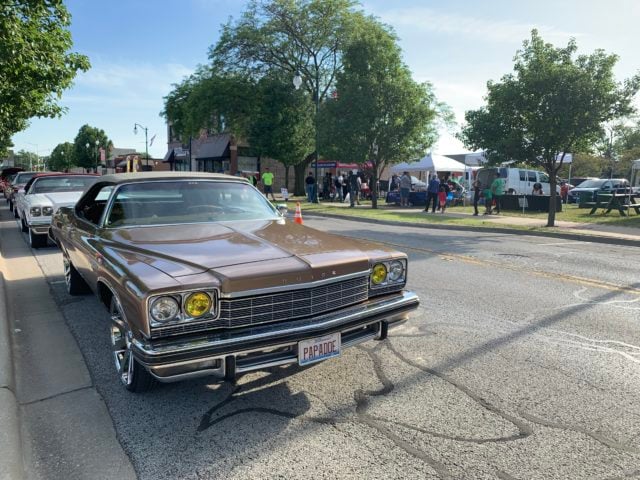 SOUTH HOLLAND, Ill. (August 26, 2019) – The Village of South Holland held its second “Town Center Social and Cruise Night” of the summer on Saturday, August 24. Featuring cars, food, and activities for kids, the event stretched down South Park Avenue from the Little Calumet River to 161st Place, about a quarter of a mile.

Dozens of cars lined both sides of South Park Avenue: old ones, new ones, and everything in between. Live music for the event was provided by Martini Lunch, a jazz and blues band. Food was provided by the South Holland Fire Department, South Holland School District 151, Don Rafa—a Mexican restaurant, and Ice Cream on Wheels.

Hundreds came out to enjoy the beautiful weather and walk along the row of cars while kids were invited to play in a special area that included an inflatable obstacle course and a bubble machine. When the event ended at 8pm, the Lego Movie was shown in South Holland’s Veterans Park, immediately east of the cruise night.