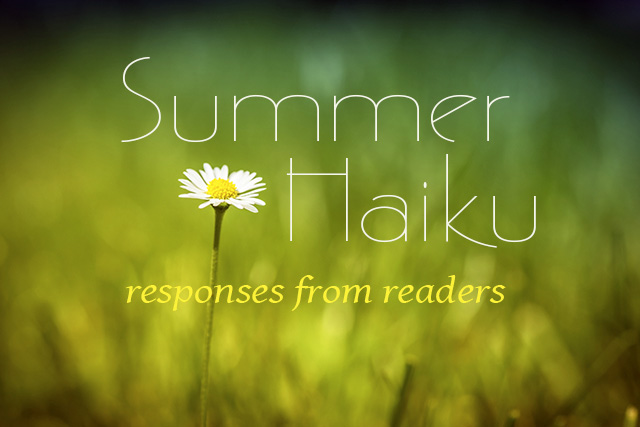 LANSING, Ill. (July 25, 2019) – The first round of responses to our Summer Haiku project apparently awakened the inner poet in other readers—the day those poems were published we received several more, all following the familiar five-seven-five syllable structure. The second round of haiku is published below, beginning with our personal favorite—

Sitting in the sun
Reading The Lansing Journal
Sipping lemonade

We’ll accept submissions from now through the end of August, and we’ll publish them online as we are able to fit them into the schedule. Plus we’d like to include some in our August and September print issues.

Your poem should follow the traditional haiku format—a three-line poem with five syllables in the first line, seven in the second, and five in the third.

The topic is Favorite Summertime Memories. You can write about childhood summers, last summer, or summer 2019. Then choose just 17 syllables to convey that memory.

Send your haiku to: