Despite temperatures climbing into the 90s, just under 200 people gathered at Fox Pointe for its first-ever Food Truck Fest from 3:00–8:00pm. The shaded pavilion was crowded with people eating barbecue, ice cream, and cupcakes, and even though it was hot, there was nothing but positive energy all around.

Most of the fest-goers were huddled in the shade of the pavilion, leaving an expanse of sweltering sunshine and lawn between the band and the audience. However, the crowd still cheered and applauded and danced to show their support for the band. At one point, lead singer Randy Barron said jokingly, “There’s so much distance between us!” before launching into Journey’s 1983 hit “Separate Ways (Worlds Apart).” His voice and the rest of the band’s instrumentals filled the space nicely and even inspired some people to stand closer to the stage.

Milkshakes from Cream Crunch N’ More and frozen strawberry lemonades from Cute As A Cupcake were the perfect counters to the stifling afternoon heat, but it wasn’t too hot for some people to dig into a deep-dish grilled cheese from Sizzle Box or smoked ribs from Bill’s Grill.

Juan, the man who had the task of operating a food truck called Sizzle Box on a 90-degree day, said business for him during the fest was “steady.”

Juan said this was Sizzle Box’s first event in Illinois, and he got his truck on the bill by approaching the Village of Lansing.

“We wanted to do a big event for our first time [in Illinois] since we’ve never been here before, but we figured we’d start here—small event, four trucks,” he said. “We’d definitely come back.”

The crowd at Fox Pointe for the fest wasn’t as large as a Wednesday night concert—not only because of the heat, but also because it was run concurrently with the second Cruise Night of the summer. Still, judging from the vibe in the pavilion, Lansing’s first Food Truck Fest could safely be called a success.

About the food trucks

Bill’s Grill is based in Highland, Ind. The truck can be found online at roaminghunger.com/bills-grill and contacted during the week at 1-800-568-9370.

Cute As A Cupcake is based in Merrillville, Ind. The truck can be found online at www.cuteasacupcake3.com and contacted at ​219-472-0858, Monday-Saturday.

Cream Crunch N’ More is based in Northwest Indiana. The truck can be found online at creamcrunchnmore.com and contacted at 219-595-7742.

Sizzle Box is based in Northwest Indiana. The truck can be found online at www.eatsizzlebox.com and contacted at [email protected] 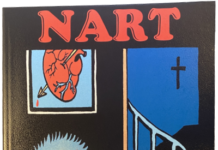 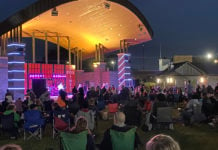 Fox Pointe re-opens; over 1,000 gather to celebrate a new season