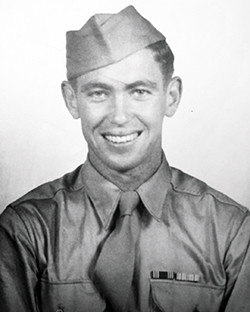 He is survived by sons Michael Warfel of Renton, WA, and Gary Warfel of Chicago, IL; five grandchildren; and seven great-grandchildren. He is preceded in death by Sally Warfel, his wife of 63 years; mother, Fern Foltz Warfel, and father, Ray Warfel, of Newton, IL; and brother, Lynn Warfel, of Portland, OR.

Ken was born in Newton, IL, on September 15, 1923. He served in the US Army from January 1943 through October 1945 as a T/4 in the 115th Medical Battalion of 40th Infantry Division, where he earned the Bronze Star for meritorious service in the Pacific Theater. He worked as a lab technician for the Sinclair Oil Company from 1945 until his retirement in 1985. Ken served as secretary-treasurer for School District 171 and was active in Boy Scouts of America Troop 246. He was a wonderful husband, father, grandfather, and uncle, and he will be greatly missed by his family and friends.

At the request of the family, services will be private.