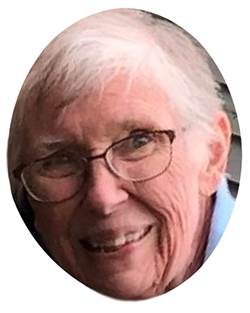 Joann graduated from Hammond Tech High School. Following high school, she worked at Brooks House and later at IBM both in Hammond, Indiana, prior to beginning a family. Later in life, Joann was a teacher’s assistant at Ready Elementary School in Griffith, Indiana. She was active in Girl Scouts of the USA, National Catholic Foresters, Knights of Columbus as a Columbian Lady, St. Ann’s (Lansing, Illinois) Eucharistic Ministry, and many other volunteer capacities throughout her life.

“If there ever comes a day where we can’t be together, keep me in your heart. I’ll stay there forever.”
– Spoken by Winnie the Pooh in A.A. Milne’s book Winnie The Pooh