LANSING, Ill. (June 20, 2019) – “Entertainment, hospitality, restaurants—those are ‘in,'” explained Administrator Dan Podgorski to the Village Board at the Committee of the Whole meeting on Tuesday, June 18. He was asking Trustees to consider a proposal from Dave Hoffman and Terence Dunleavy of Hawthorne Race Course Inc. “We are a major interchange along 80/94,” said Podgorski, “and wherever possible we want to add some amenities and entertainment options for people who are coming into Lansing—and also for residents who live here and in the surrounding area.”

Hawthorne Race Course Inc./Voska Ventures LLC was on the agenda to request a full liquor license for the new business they want to open at 2 River Place, Unit G, near the LifeSource/Vitalant blood donation center. Hoffman and Dunleavy had approached Podgorski 10 months ago and expressed a desire to expand their Off Track Betting offerings into Lansing. “They liked our market,” said Podgorski. “They liked our proximity to Indiana, and also the 80/94 corridor.”

Off Track Betting, known commonly as OTB, is licensed gambling on horse racing outside a race track.

Podgorski had lunch with Hoffman and Dunleavy at their Off Track Betting location in Manteno, Illinois, several months ago. He described the setting to the Trustees as “basically a sports bar and restaurant, and I think it’s gonna be a great addition to Lansing.” Hawthorne Race Course Inc. also has Off Track Betting locations in Oak Brook Terrace, Crestwood, Joliet, Glendale Heights, and Ottawa, Illinois.

In their presentation to the Board, Hoffman and Dunleavy affirmed that they are interested in the 2590-square-foot property in River Plaza. Showing photos of the Manteno location as an example, they explained that a large bar will be the focus of the new business, and it will be surrounded by booths and carrels equipped with monitors on which sporting events and track races could be broadcast from around the world.

Hawthorne anticipates that their proposed venue will also become a social gathering place for occasions such as the Kentucky Derby, Triple Crown, and Breeders Cup. Hoffman mentioned that they opened their Ottawa location just before Derby Day, and “quite a few” people came out to celebrate the event.

Though Podgorski referred to the proposed business as a “restaurant,” Hoffman and Dunleavy told the Board, “We’ll start off with bar food as the menu, and then we’ll expand as we go further into the operation,” but they did not provide a specific timeline for when the operation might reach restaurant status.

Hawthorne Race Course Inc. has projected “about $6 million” in pari-mutuel waging handle (total bets received) at the proposed Lansing location. The gaming expansion bill (SB 690)—which Governor Pritzker has indicated he will sign—will increase the maximum number of video gaming machines from five to six per licensed location, so Hawthorne anticipates that the handle at their facilities will double or even triple.

Revenue projections related to food and beverage sales are $150,000.

Questions from the Trustees

Following the presentation by Podgorski, Dunleavy, and Hoffman, Trustees asked a number of questions. Those questions and Hawthorne’s answers are provided below:

Trustee Maureen Grady-Perovich: “Are you limited in the number of video gaming machines?”
Hoffman: “Yes we are—5, and 6 with the new bill.”

Trustee Saad Abbasy: “Will Hawthorne have any participation when sports betting becomes legal, and if so will that become a part of this Lansing location?”
Dunleavy: “Yes, Hawthorne is awarded a sports book license…that is granted by the Gaming Board. Once that occurs, the law further provides that 3 of its current 16 OTB licenses may have a sports book. So I know that Hawthorne has a very keen eye on the Indiana border, for the purposes of placing that sports book in the right place. I can’t commit; I’m just the lawyer, but that is certainly in the plan.

Trustee Mike Fish: “Could you define “bar food”? Is it, like, frozen pizzas?”
Hoffman: “Yes, I think we start with a TurboChef [oven] and microwaveable appetizers, and it expands into a little bit of a kitchen area. And this will be done in steps.”

Trustee Jerry Zeldenrust: “I have a question about revenues. The numbers that you’re talking about, the profit numbers, what percentage of that winds up being a benefit to the Village?”
Dunleavy: “For the video gaming revenues, the municipality receives 5%, and for the pari-mutuel revenues it’s 7%. …We project the first year $100,000 for the village.”

Trustee Abbasy: “I’m a little curious about your projected timeline for going to a full service restaurant. Is it, like, a one-year timeline?”
Hoffman: “That really hasn’t been determined. That timeline has not been developed.”

Trustee Zeldenrust: “Can you talk a little bit about how gambling actually works? I was reading up on this, and I read that in Quincy the people don’t have a clue about how to bet, so [gambling] didn’t really turn into money, either for them or for the town. But in Grayville they’re very horse savvy, and they’re makin’ a ton. So how does that work, and how does that affect revenue?”
Dunleavy: “There really are two forms of gaming. Race tracks are pari-mutuel, which is essentially ‘we bet amongst ourselves.’ The state takes their cut across the top, and then the odds determine who gets what, but essentially we’re all betting amongst ourselves, the pari-mutuel pool. That pool increases with the amount of dollars that go into it, so the more savvy horse players will raise that number. The tax to the community is directly tied to the projected handle. Handle is tied also to the quality of horses that run on the track. What Bill 690 will do is dramatically increases purses for the horsemen that will run at Hawthorne, and therefore increase the quality of the horses, which will attract more bettors to bet on horses. Video gaming is our random number generators—each machine has a random number generator that automatically resets after each play. A lot of people think, ‘Oh, that’s my lucky machine,’ but that’s fallacy. It’s a random number generator that resets every time. And there’s a set payout that cannot be less than 80%.”
Hoffman: “Most of our machines at the OTB locations, the BGTs are averaging about 91.5% payout. So 92¢ of every dollar bet is returned.”
Dunleavy: “And the current state average for BGT is approximately a $140 win. So that means by machine, per day, the average across the state is $140, each actual individual device.”

Trustee Fish: “What are your hours, and are you open seven days a week?”
Hoffman: “Open seven days a week, and the hours will be tied to the pouring hours of your liquor license. So that would be 8:00 in the morning until midnight, 2:00am, whatever the liquor ordinance allows.”
Dunleavy: “Keep in mind that racing is worldwide, and the signal is coming in, so you can bet on L’Arc de Triomphe from France, you can bet on Hong Kong Jockey Club, you can bet in Japan, etc. So for an ‘hours’ perspective, that’s the kind of need you have to fully expand your offering.”

Trustee Abbasy: “Will Hawthorne be sharing revenues from the new proposed ‘racino’ racetrack in the six or seven townships in the south suburbs?”
Dunleavy: “Yes, SB 690 provides for two licenses associated with pari-mutuel. One does actually go to Hawthorne. I mean, it’s not said in the bill, but the definition is there. So Hawthorne receives a gaming license that they have to file with the IGB, but once that’s achieved, then Hawthorne Race Track will convert into what’s called a ‘racino’—casino, race track—where slot machines will be placed therein. In addition there is an authorization for yet another standardbred trotters race track in the five townships south of Chicago, of which this is one. So somewhere in that range another standardbred track is authorized to be built.”

Voting on the license

The New Business Request for Full Liquor License will be placed on the July Board meeting agenda for vote. Because of the July 4 holiday, the next meeting is scheduled for July 16 at 7:00pm at the Municipal Court Complex (the police station), 2710 170th Street.

Lansing residents who have questions about Off Track Betting, video gaming, or Hawthorne Race Course may contact their elected officials, who have been researching the issues surrounding this request. Trustee email addresses and phone numbers are listed on the Village website, though occasionally messages left at the assigned phone numbers do not get through to the intended Trustee: 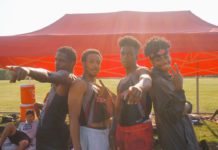 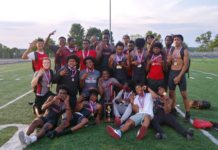