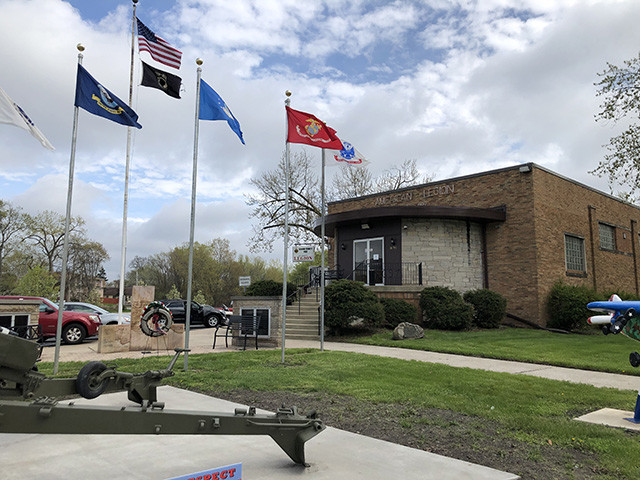 LANSING, Ill. (May 23, 2019) – The American Legion plans to host a flag-retirement ceremony on June 14, the first such event in Lansing in the last 10 years. The ceremony, which takes place on Flag Day, will occur at 7pm in the field across from the Legion building, and the retired American flags will be properly burned. The public is welcome to attend the event and donate flags for retirement.

Although often thought to be a negative demonstration, flag burning, when done correctly and respectfully, is a longstanding and honorable way to dispose of flags that are no longer fit for use.

Sandi Gangolf, former president of American Legion Unit 697 Auxiliary, hopes that the ceremony will serve as a demonstration of how to respect the U.S. flag.

“People can’t just throw it in the garbage,” she said, “there is a way to properly dispose of it.”

According to Gangolf, she first offered the idea of hosting a flag retirement ceremony a couple months ago and the idea “went wild after that,” attracting interest from a large number of people.

“We’re getting a good reception on this,” she said, “it would be nice to have 100 people out there.”

An honorable means of disposal

The American Legion has a long history as a national organization of burning American flags as an honorable means of disposal. In 1937, the National Convention of the American Legion adopted burning as the “official ceremony for the destruction of unserviceable American Flags.” In 1944, the organization resolved that Flag Day, June 14, “be recommended as the most appropriate day on which to annually hold this ceremony.”

The United States Code says: “The flag, when it is in such condition that it is no longer a fitting emblem for display, should be destroyed in a dignified way, preferably by burning.”

During this year’s ceremony in Lansing, Boy Scout Troop 276 will demonstrate how to fold the American flag while the significance of each fold will be explained. Those present at the ceremony will have the chance to participate in the National Anthem, the Pledge of Allegiance, and the singing of patriotic hymns. The event will also feature American Legion representatives and others speaking on the history and significance of the flag.

Each flag will be folded and burned one at a time in a steel drum in the field. State flags can be donated for retirement as well.

The American Legion post in Lansing has two flag disposal boxes where flags can be dropped off for proper retirement throughout the year.

The American Legion in Lansing is located at 18255 Grant Street.