The Lansing Journal asked the Village Board Trustee candidates a number of questions, including lessons they learned from the campaign trail, things they wish they had done differently, and future plans. Selections from their answers are below: 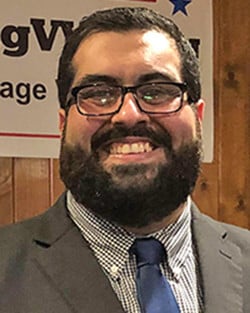 Residents want to be communicated to. …It is vital as a Trustee and a Trustee candidate to understand that residents’ voices need to be heard, and they want to be heard. I think the challenge of residents’ voices is the acknowledgment that there are so many different types of voices, whether it’s young, old, white, African American, Hispanic, or Middle-Eastern. …My job as a Trustee is not to only listen to one type of voice; it’s to be a representative of all those voices. I’m learning that pretty tangibly this election. …It’s about learning the different communication methods to all of these different groups of people.

What would you have done differently?

[One thing that’s important is] taking moments throughout the campaign to take a step away, take a step back and see the bigger picture and reflect that at the end of the day, regardless of what happens, I’ve got people who’ve got my back who love me and support me. My ultimate hope is grounded in faith…. So I think just not being so paranoid throughout the campaign process [is something I learned].

Another thing I would say is…I think all of us would like to do a better job of finding a way to increase voter turnout. 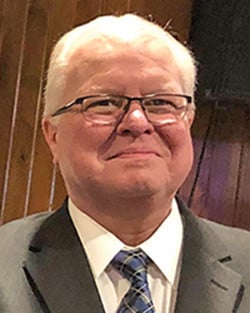 [I learned that] the people of Lansing listened to our platforms and our experience and that they believed in us.

Why did you decide to run?

Because I wanted to! It’s something that I’ve dreamed of for 40 years but due to my job commitment, it was a conflict of interest, because I worked for the Village and I couldn’t run. My family was important, and I asked my family first, my wife and my two boys. [They said,] “Go for it, dad.” And that’s why I decided to run; because I’ve got the free time.

What advice do you have for future candidates?

Do your homework. Get some experience. Join organizations. Show them that you’re a true leader.
What’s the plan moving forward?

Take a couple of days, recoup…and start learning. I’ve been attending Board meetings for the last 10 years so it’s nothing new, I’ll just be sitting someplace else and listen to the people, like I told them. I’m the voice. 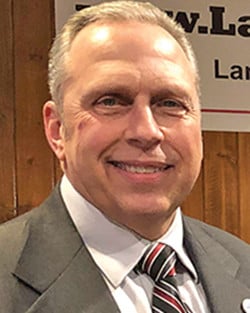 I’ve learned that if we had been unopposed, we probably wouldn’t have been as involved and exchanging ideas and conversations, that truly benefit us when we do the door-to-door thing [and] when we have a special event…. At first it would have been easier to be unopposed. Then it would have been, “Oh good, now we can be busy doing other things.” But in actuality, now as I look back at it, that would probably not have been anything that we would wish for because we’ve had such great conversations with people.

What do you hope to accomplish in the next four years?

This year we’ve identified streets [that need repair] that are going to bring up [the street repair budget] to about $1 million in investment, even though we know it would cost about $11 million to do all the repairs that we need to do. So that’s an ongoing process of trying to seek grants, find more funds, figure out where that money comes from and then apply it in a smart way. 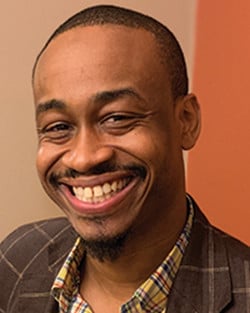 More than anything else, one of the things that I learned about Lansing and that I got a chance to witness was, Lansing is very much into diversity…. Coming into this a lot of people…were saying that Lansing was not diverse. I think that’s the biggest thing that I learned is that Lansing is diverse, wants diversity, and that it’s a misconception that they don’t. I’m glad to dispel that myth during this election.

Why do you think Lansing voters voted the way they did?

I heard people say that I’m not from here, and not being from Lansing—I think that’s a big thing [for voters]. I think that if I was an African American who was from Lansing and the people of Lansing knew my parents, knew my background, if I had went to Reavis [Elementary School] and [TF South High School] or however it worked out, I think that Lansing would be for me also. As an independent, Lansing not knowing who I was was the biggest problem.