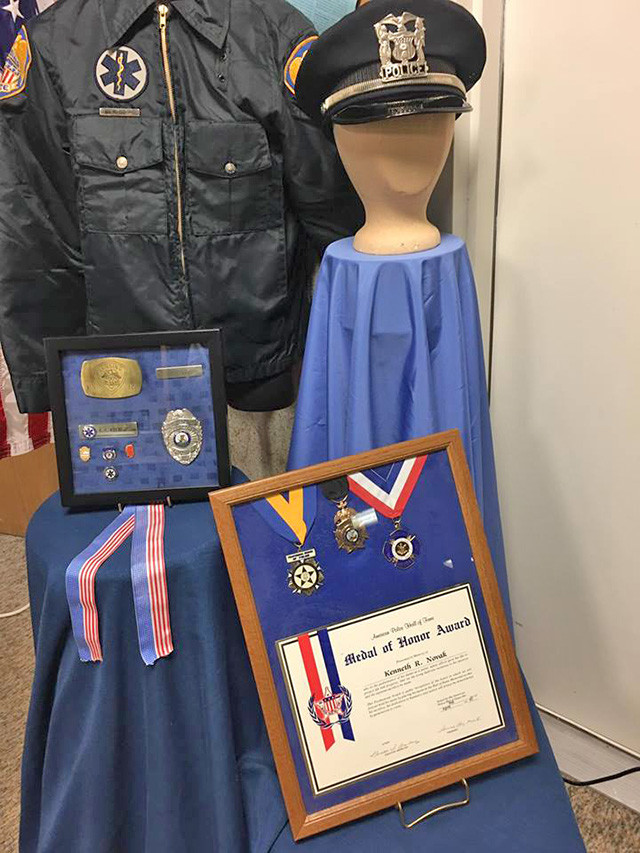 On Monday, April 8, the Lansing Historical Society invites residents to view a display honoring these two young men—Officer Kenneth Novak and LCPL Philip Martini. Novak is the only police officer in Lansing to be killed in the line of duty. He died April 8, 1992. Martini, a Marine, is the only casualty of the Iraq War from Lansing. He was killed in action on April 8, 2006.

In 2014, then-Mayor Norm Abbott issued a proclamation declaring April 8 as Lansing Fallen Heroes Memorial Day in their honor. In observance of this day, Museum Curator Barb Dust has created a special exhibit with memorabilia and information about their lives. “We have put up a display for the two young men and kept a sort of a vigil all day on April 8 for friends and family to come and remember and the rest of the village to come and learn about who they were,” she says.

The vigil includes video of Novak’s funeral and news coverage about his death. The museum will have extended hours that day—9:00am–7:30pm.

The display also includes an explanation of the meaning of Gold Star Mothers as well as additional memorabilia of Ron Beuster, Lansing’s first casualty of the Vietnam War.

The exhibit will remain in place for the remainder of the month and can be viewed during regular museum hours:

The Lansing Historical Museum is located in the lower level of the Lansing Public Library, 2750 Indiana Avenue. For more information, contact Barb Dust at 708-474-7497.

Lansing history: From a single typewriter, to rolls of newsprint, to a team of laptops

Lansing history: How Lansing got its own museum