LANSING, Ill. (March 27, 2019) – Earlier tonight, TF South High School hosted a public forum for the Thornton Fractional School District 215 School Board candidates. Moderated by TF South Business Education Teacher and PTSA member Mozella Brown-Brooks, the forum was attended by about 75 District 215 residents and outlined each candidate’s vision for the district. Candidate Kevin Green of the All Voices Matter party was the only candidate not in attendance.

The forum began with a brief introduction by TF South Assistant Principal Becky Szuba, who pointed out the District 215 students in the audience and encouraged the candidates to be both passionate and professional.

“I know that we may all be on different platforms and have some different ideas, but I do know there’s one thing everyone on this stage has in common: we want what’s best for our students,” Szuba said.

That ideal shone through in the statements made throughout the evening by the five candidates in attendance. All Voices Matter candidate Miacole Nelson, a Calumet City resident and parent of four District 215 alumni, spoke about her desire to close the achievement gap in the district.

“Our schools need to create a long-term vision mapping out the course that provides the necessary opportunities that each student needs to reach their full potential,” Nelson said in her four-minute opening statement. “The [school] board is responsible for establishing and maintaining a structure that will support…the growth of the student.”

Rita Oberman, an eight-year District 215 School Board veteran and member of the Citizens for District 215 party with fellow candidates Michael Bolz and Morgan Waller, spoke about the free emotional health program she recently implemented in the district in her introduction.

“My hope is that this will give free resources to families in need,” Oberman said. “This program is designed to address concerns with students and families to help ensure the students are getting the emotional help, as well as support such as mentoring at outreach.”

While topics such as fiscal responsibility and implementing new Advanced Placement classes for freshmen students in the four District 215 schools were discussed at length, candidates from both parties often brought up one subject: diversity. District 215 is composed of 90 percent non-white students, according to demographic data available on TFD215.org, but only one of the seven current board members is black.

All Voices Matter candidate Sheryl Black is that board member, and she shared her thoughts about that divide with The Lansing Journal following the hour-long forum.

“If you look at the statistics, there are racial disparities that exist in the district. We can’t deny it. It’s not unique to our district, but this is the only district I can have a voice in,” Black said. “It’s been a very big challenge…. We need to be more representative of the communities we serve, because what’s happening in Calumet City is not happening in Lansing. We need to have perspectives from everywhere.”

Oberman shared her thoughts on those disparities when she answered an audience-generated question about inequities in discipline between minority and non-minority students.

While suspensions have decreased overall, Black disagreed with Oberman’s analysis, saying the State of Illinois calculates the percentage of suspensions within demographic groups in a way that reveals the inequity more clearly.

According to that analysis, in District 215 “students of color are almost five times more likely to be suspended than a white student,” Black claimed.

As a black candidate in the Citizens for District 215 party, Cook County Business Analyst and recent Northern Michigan University graduate Morgan Waller has a different take on what it means to bring diversity to District 215.

“When I think of diversity, I don’t just think of race,” Waller said. “I think of age, sexual orientation, all of that. I just want to bring ideas to the table from a younger perspective.”

At 24 years old, Waller is the youngest candidate running for School Board. She believes her youthful perspective and her experience as a 2012 TF North graduate will make her more relatable to the students she hopes to serve as a board member.

“Sometimes that’s where a lot of these boards get lost—they don’t really have a connection to the students,” Waller explained. “I want to be like Michelle Obama for the students. I’m ready to get into it.”

Learning disabilities are another element of diversity to consider in District 215. As a mother who had to navigate the district’s assistance programs for her child with a learning disability, Nelson wants to bring change to that aspect of the schools as well.

“My issues were with the support systems and with teachers not wanting to support [my son],” she said. “I would make an environment that’s friendlier for the parents. I came in uneducated and had to take the time and educate myself about the IEP [Individualized Education Program]. Parents need to be educated so we can be able to support our students.”

Despite a few clashing ideas between the two parties, concern and care for the students of District 215 was a constant undercurrent in each statement the candidates made.

“My passion for helping all the students is what has made me not resign,” Black told The Lansing Journal. “It’s not about me. If I can touch one life positively, then I know I’ve done my job.”

Eight-year School Board member and current Vice President Michael Bolz emphasized the need for robust collaboration. “You do not want a [school] board that’s going to agree 100 percent of the time,” he said at the forum. “And the current board does disagree quite a bit. However, you do need a board that’s willing to work together through the issues and not be afraid to have courageous conversations about things so we can move the district forward together.” 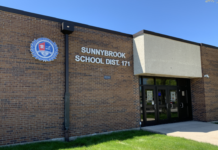 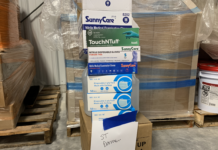 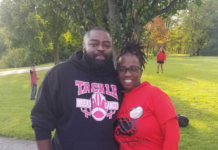