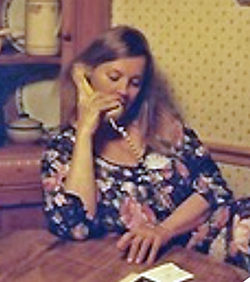 As an emerging artist in her youth, Kathleen Gail Verrett Wurm was recognized many times for her creative talents—most notably for designing the Memorial Junior High School flag as a student. Kathy was the recipient of the Lansing Women’s Club scholarship of the Allerton Park Art Institute, at the University of Illinois. Music played an important role for young Kathy, as she frequently attended the classical and operatic performances with her parents at the Lyric Opera House, performed in musicals at TF South High School, and developed a melodic singing voice in the school choir.

Later in life, Kathy focused on caring for others, a trait that she shared during her experiences working in her career as a certified Mental Health Technician at Shapiro Developmental Center in Kankakee, Illinois, and through her work with teaching blind and deaf children.

In earlier days, Kathy enjoyed listening to some of her cherished musicians, including Aretha Franklin, Cher, Elton John, Kenny Rogers, and others. Among her favorite films was The Sound of Music, while she indulged her creative writing side by enjoying the fantastical stories of “The Twilight Zone” series.
She was a deeply spiritual person who believed in the power of worship and prayer, as much of Kathy’s time was devoted to reading Bible passages and meditating on religion. Kathleen was loved by many and she will be deeply missed.