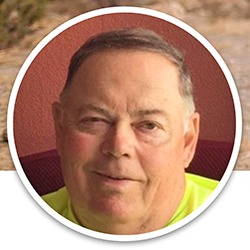 Friends may visit with Ed’s family on Thursday, January 31, 2019, from 2:00–8:00pm at the Schroeder-Lauer Funeral Home, 3227 Ridge Road, Lansing, Illinois. A Mass of Christian Burial will take place on Friday at 10:00am, DIRECTLY at St. Ann Catholic Church, 3010 Ridge Road, Lansing, Illinois, with Father Bill McFarlane officiating. Ed will be laid to rest at Chapel Lawn Memorial Gardens Cemetery, Crown Point, IN.

Edward was a proud US Army veteran who served in Vietnam from 1968 to 1969. He was a member of the International Brotherhood of Teamsters for many years. He was also a member of both American Legion Chapter #697 and Legion Riders Chapter #697 of Lansing and a member of VFW Post #2697 of Munster, Indiana.

Edward retired from ABF after many years of service; he enjoyed riding his motorcycle, spoiling his grandkids, and traveling with his wife. Edward was blessed with many friends and never saw a stranger. Ed will be greatly missed by all who knew him.