LANSING, Ill. (January 18, 2019) – If new park equipment is music to your ears, you will love the recent addition to Lansing’s Winterhoff Park.

A xylophone, drums, and chimes have been installed next to the playground equipment in a feature called “Symphony at Winterhoff Park.”

The Lan-Oak Park District decided to construct the melodic element after hearing from a resident, Karen Adams. She attended a park board meeting to share information about a musical outdoor park she visited while on vacation in another state.
ADVERTISING MESSAGE——

Winterhoff was the best location for the instruments, explained Sharon Desjardins, Senior Superintendent of Strategy & Operations for Lan-Oak Park District. “It is centrally located, one of our larger parks, had plenty of space…and the music element seemed compatible with neighboring Fox Pointe, a music venue,” she said.

This symphony is the latest of the park district’s “destination parks.” Three years ago the board committed itself to offering unique activities in some of its various parks—something different from the standard playground options. Other destination parks include the Storywalk at Van Laten Park (183rd & Holland Drive) and the new dog park at Bock Park (175th and Chicago Avenue).

Symphony at Winterhoff Park is currently awaiting the addition of a shade and changeable song display for the xylophone. The display, with colored dots that correspond to the colors on the bars, will allow park visitors to play actual songs on the instrument.

Other than those finishing touches, the park is ready for visitors.

Winterhoff’s latest addition joins two other destination parks opening this year: a bocce ball court at Potts Park (172nd and Oakwood), as well as horseshoes and cornhole at Lan-Oak Park (180th and Arcadia). Equipment for those parks will be available for free checkout at the Eisenhower Center starting April 1, 2019.

The Eisenhower Center is located at 2550 178th Street in Lansing, Illinois. 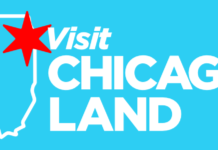 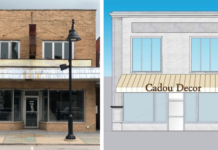 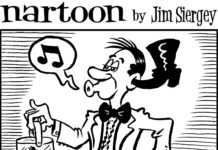