“Gun violence isn’t an issue facing one city, or one region, or one group of people—it affects us all, and I want to thank all those tireless advocates who didn’t rest until our state took commonsense action to prevent gun trafficking,” said Governor Pritzker. “This bipartisan law is a long-overdue step to do more to prevent gun violence, to make sure guns don’t fall into the wrong hands, to make sure that we license gun shops just like restaurants and other businesses, and deter straw purchases, so that we can prevent someone from buying a gun for someone who is not legally allowed to own a gun.”

State licensing will hold gun dealers responsible while the state takes action to reduce the tragic gun violence that affects so many communities.

“As one of his first official acts to sign the gun dealer licensing bill, this speaks volumes about the Governor’s commitment and passion to help Chicago reduce gun violence,” said Chicago Police Department Superintendent Eddie Johnson. “The tools provided in this legislation to state and local police will significantly help our ability to regulate gun dealers and monitor and interdict the illegal flow of guns into cities like Chicago.”

“In 2018, the most prosecuted offense by the Cook County State’s Attorney’s Office was the unlawful use of a weapon,” said Cook County State’s Attorney Kim Foxx. “It is past time that we do more to keep illegal firearms off of our streets, and today’s signing of SB 337 is a step in the right direction. I look forward to a continued partnership with the Illinois General Assembly and Governor Pritzker on sensible legislation to make Cook County safer.” 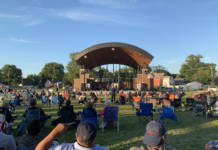 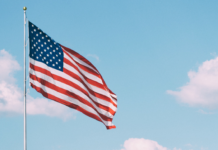 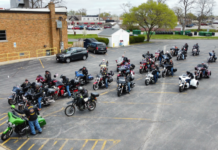