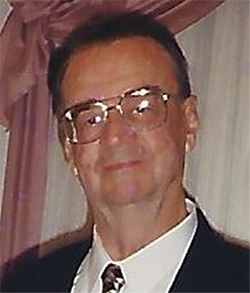 Ed was a long-time resident of Lansing, Illinois. He is survived by his children: David (Linda) Schumann and Heidi Schumann; grandchildren: Katie, Chris (Danette), Andy, and Sean Schumann; great grandchildren: Bryce, Ryan, and Gwendolyn; daughter-in-law: Nancy Schumann; and many nieces and nephews. Ed was preceded in death by his beloved wife of 59 years: Betty; and two sons: Edward and Mark Schumann.

Ed retired from Commonwealth Edison after over 40 years of service. He honorably served our country as a projectionist in the U.S. Army in Washington State after WWII, where he worked with injured service members.

In lieu of flowers, memorial donations may be made in Ed’s name to Trinity Evangelical Lutheran Church, 2505 Indiana Ave., Lansing, IL.

Ed’s family would like to give special thanks to the staff of Heartland Hospice Care for the care they gave to Ed.