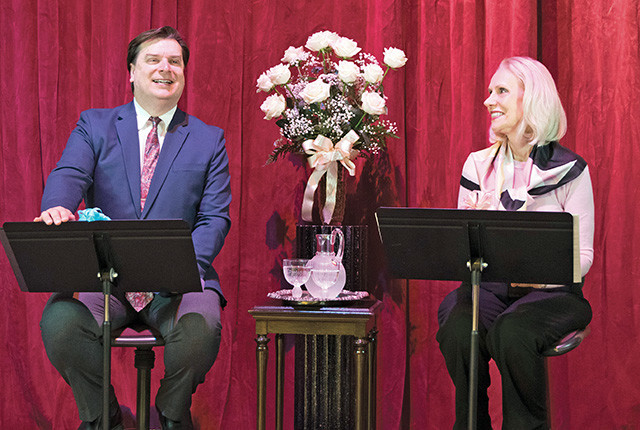 One performance only: Sunday, February 3, 2:30pm

MUNSTER, Ind. (January 11, 2019) – To celebrate the 30th anniversary of the Broadway debut of Love Letters, a play by A.R. Gurney, Theatre at the Center (TATC) will showcase one exclusive performance on Sunday afternoon, February 3, at 2:30pm. This production, under the direction of Artistic Director Linda Fortunato, will star Phil Potempa, a noted newspaper columnist for the Post Tribune, and Crista Zivanovic, features editor of The Times of Northwest Indiana. The performance proceeds will benefit Theatre at the Center in Munster.

The play opened off-Broadway in March 1989, starring Kathleen Turner and John Rubinstein. When the show transferred to Broadway in October of that year, it starred Lynn Redgrave, John Clark, and others. Touring productions have included Robert Wagner and his actress wife Jill St. John. Throughout three decades, the play’s signature marquee draw has remained the same: changing the two-person cast for notable names to appear throughout the run. The last Broadway revival of A.R. Gurney’s Love Letters was in 2014, featuring paired star names like Brian Dennehy opposite Mia Farrow, and later, Carol Burnett and Alan Alda, and Anjelica Huston and Martin Sheen.