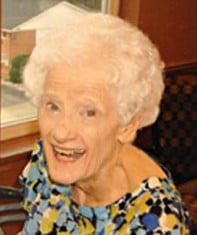 Born on July 17, 1928, on Chicago’s south side overlooking Lake Michigan, she then spent some 70 years in Lansing, IL, before retiring to Kenosha, WI, in 2012. Corinne was the middle daughter of the late Charles and Caroline (Moog) Collins.

On Feb. 17, 1951 she was united in marriage to William (Bill) Feemster for 65 years until his passing in 2016. After graduating from high school, Corinne was employed as a legal secretary until she married.

Corinne, affectionately known as Cis, was a fabulous cook and enjoyed hosting large gatherings for family and friends. She always made more than enough delicious food to allow take-home meals for everyone attending. Her generosity extended to providing meals to ailing friends and neighbors in the Lansing area as well as delivering Meals-On-Wheels through her Lansing Methodist Church. Her natural gift for conversation and joyful sense of humor was appreciated, and her laugh was contagious. She also found enjoyment in designing many flower and wreath arrangements for family and friends.

Corinne enjoyed viewing Lake Michigan from her Kenosha apartment and the top floor game room of her retirement complex. She said it reminded her of her Illinois childhood along the lake.

In addition to her parents and husband, she was preceded in death by her sisters: Honey Stua and Babe Ostoich.

Private funeral services honoring Corinne’s life will be held at a later date.