Candidates and voters get ready for April 2 election

LANSING, Ill. (November 18, 2018) – With the November 6 elections behind us, Lansing voters are starting to think ahead to April 2 when we will vote for local representatives. 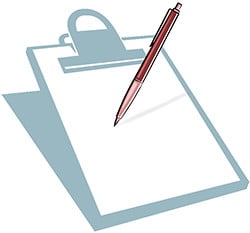 Lansing office-seekers have already begun circulating petitions to be on the April 2 ballot. Since petitions are an early step in the local election process, we’ve gathered answers to some Frequently Asked Questions about petitions, as well as everything we know so far about the offices up for election on April 2.

Why are people petitioning now?

State guidelines include an established window in which candidates may collect signatures. This window starts on September 18 and ends on December 17, the last day to file for candidacy.

This is where things get complicated. Your signature is a nomination of a candidate for a specific position. Essentially, you can “nominate” only one person for each position—but if there are multiple positions available, you can nominate (or sign) for a different person for each available position.

How do political parties factor in?

When people decide to run for office together and form a party, then a signature for any member of the party is an endorsement of the whole party.

For example, if you sign Saad Abbasy’s petition for Village Trustee, you are also endorsing Jerry Zeldenrust and Mike Fish as Village Trustees, because all three are running together as the Village Voice Party.

Do I have to vote for the people I signed petitions for?

Voters are free to vote for whomever they wish, regardless of previous petition signatures. And in the voting booth, you are choosing individuals, not parties, so you can pick the person you want for each available position, regardless of party affiliation. So on April 2, you could decide to vote for both Saad Abbasy and Larry Thomas, no matter whose petition you signed.

Can someone else collect signatures on behalf of a person running for office?

Yes, office-seekers may choose petition circulators to collect signatures on their behalf. However, either the office-seeker or a circulator must personally witness you signing the petition—they can’t just be passed around a room for everyone to sign.

Petition season is a great time to get to know those running for office. Consider keeping a list of people whose petitions you sign and what office they are running for. That way you can track them throughout campaign season. Start a list of questions to ask—there will be opportunities between now and April 2 Election Day to find out how the different candidates plan to serve Lansing.

Looking ahead to April 2

April 2, 2019, is when Lansing voters will choose their local leaders. We will be voting for the following:

(Vote for one 2-year term and two 6-year terms on April 2)
Current commissioners:

(Vote for three on April 2)
Current board members:

(Vote for two on April 2)
Current board members:

Candidates: If you are running for an office on April 2, the Lansing Journal would like to know. We will be publishing as much information as possible to help Lansing voters make informed voting decisions in the months leading up to the election. Email your bio or platform to [email protected].

Voters: If you have questions about the various positions or about the candidates, we’d like to know those as well, so we can plan articles that will address those questions. Email questions to [email protected].

Paragon Freight promises to be a good neighbor ahead of Village Board rezoning decision, but some residents aren’t so sure