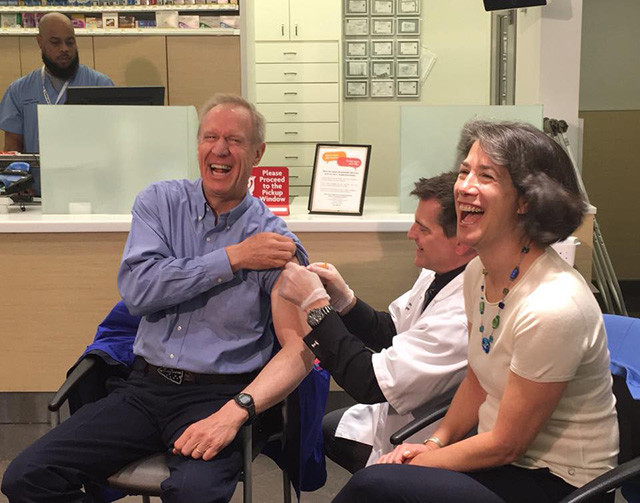 “Best protection for those most vulnerable”

The Centers for Disease Control and Prevention (CDC) recommend shots for everyone over the age of six months. Influenza activity often increases in October and tends to peak between December and February. Last year’s flu season was one of the more severe seasons in recent years. It is estimated that flu vaccination prevents millions of flu illnesses and tens of thousands of hospitalizations.

“Diana and I encourage Illinoisans to safeguard their health by getting a flu shot,” Rauner said. “It’s the best protection against influenza, and it especially helps protect those most vulnerable to sickness, like the elderly and young children.”