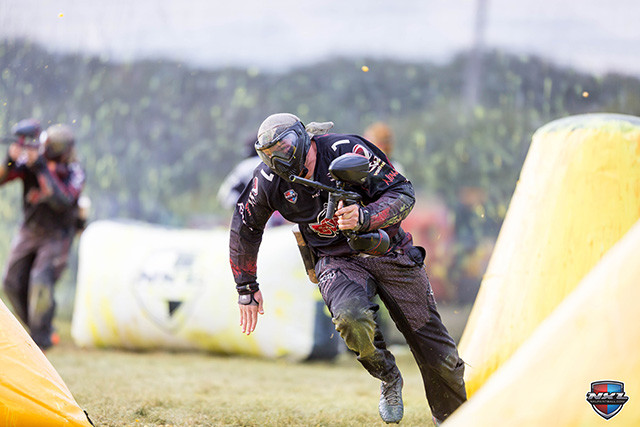 “Gaelic Park is a premier location for an event like this,” said Jim Garrett, President/CEO for the Chicago Southland Convention & Visitors Bureau. “We welcome all the players and visitors of this tournament to Oak Forest. This event is a prime example of how cooperation from the City of Oak Forest and Chicago Gaelic Park produced a win-win for everyone. This event brings money to the region, as these players and families stay overnight and spend money around the area.”

The competing paintball players are described as “adrenaline junkies” who come from all walks of life and all over the world. Five players on each end of the field compete in a timed competition, playing game after game until the clock expires and the game is then called. Teams then work their way through the preliminary round to earn a spot in the highly-sought-after Sunday finals competition, where a champion in each skill bracket is crowned.

The NXL holds events around the country leading up to a World Cup finale that will take place in November in Florida. Gaelic Park is the fourth stop on the five-stop tour.

People who are interested in the sport are invited to attend and ask questions of the businesses who will be present. A paintball shooting range will also be available for those who want to try it.

Trade show and divisional game spectators are welcome free of charge and parking is also free. Seats in the Pro Field Grandstands are available for $10/day or $25/three days for adults. The grandstand ticket price for kids is $5/day or $15/three days. Tickets can be purchased in advance at nxl.ticketleap.com/nxl-chicago-open-2017 or on site the day of the event.

More information about the sport is available at www.NXLPaintball.com.