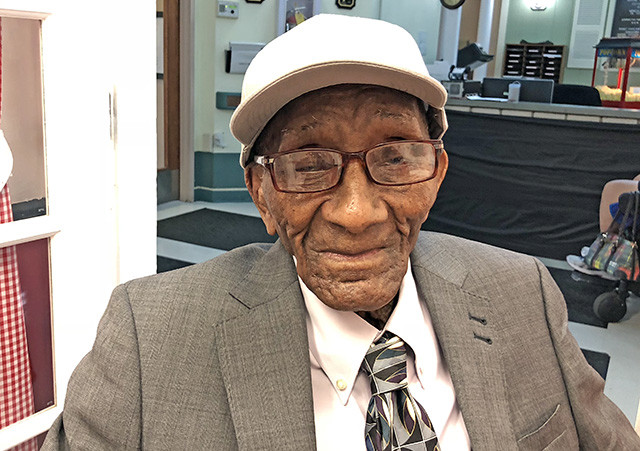 LANSING, Ill. (August 24, 2018) – He’s been alive for both World Wars, for 20 presidents—including both Roosevelts and both Bushes—for women’s suffrage and black suffrage. He has picked cotton, plowed fields, tilled gardens, washed dishes, and worked for the Southland Oil Refinery and the Illinois Central Railroad. On Saturday, August 25, 2018, Lansing resident CP Crawford turns 111.

This morning, Village officials arrived at Tri-State Nursing and Rehabilitation Center—Crawford’s home since 2014—to extend birthday congratulations and wishes of continued good health.

Crawford’s son Shawn says his father is a loving and caring man who would give his last cent if it would help someone in need. Staff and residents at Tri-State confirm that Crawford is easy-going and gets along with everyone.

Birthday wishes for Mr. Crawford may be sent to his attention at Tri-State Nursing and Rehabilitation Center, 2500 E. 175th Street in Lansing, Illinois.