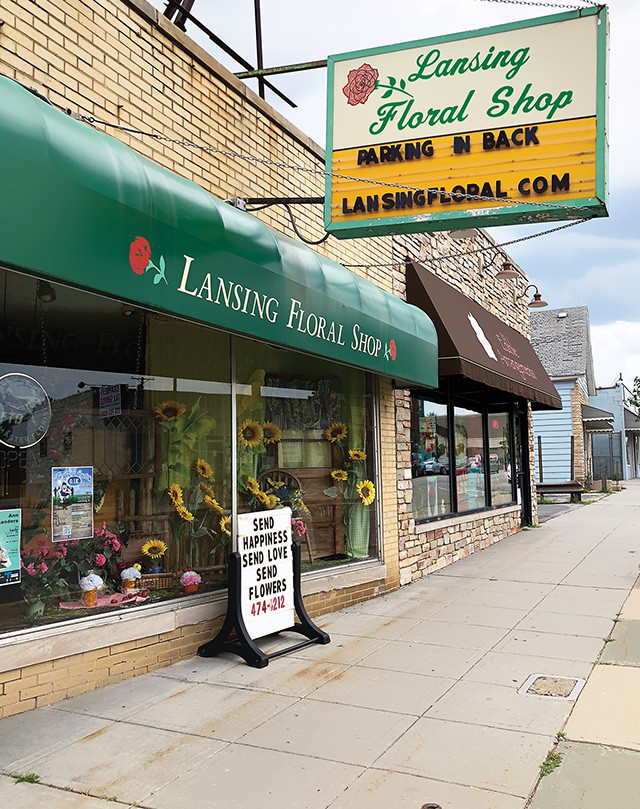 The company occupies a small shop on Ridge Road that was purchased in 1968 from another flower shop. Two years later, a greenhouse and a larger shop were built directly behind the front building. Today the front section is a showroom while all of their business is done in the newer buildings.

When the business was just beginning, there were two other shops in Lansing to compete with. Current owner and son of Steve Mayerak, Jim Mayerak said, “[Starting the company] was a struggle at first, but with hard work and perseverance we kept going.”

With the addition of Tiny’s Flowers earlier this year, Lansing Floral Shop is no longer the only floral shop in Lansing, but they are the longest-running.

The shop has had to make many changes and overcome many challenges in the last 50 years. Steve Mayerak explained how in order to stay competitive, flowers are now imported from South America and Europe rather than shipped from California and Florida. Orders via phone call have decreased while online orders have increased. Rising property taxes have made it difficult to keep prices low. However, Steve Mayerak said one thing has remained the same: “We’ve always tried to treat our customers good—and that seems to keep them coming back.”

Steve’s sons, Jim and Sherm, have, for the most part, taken over the company, though their father hasn’t retired just yet. Between the three of them and their employees there is over 180 years of designing experience.

Steve’s sons began working for the company as drivers but soon learned design from their father.

Jim Mayerak said two jobs the company is very proud of were supplying flowers for the 2003 U.S. Open in Olympia Fields and the All-Star Game at Comiskey Park.

Mayerak and his co-workers are not doing anything in particular to mark their August 1 milestone. “[The 50 year anniversary] will be just another day at work,” he said, “but we are very thankful for the last 50 years.”

Make sure you receive Lansing headlines like this in your email each morning. Click the link and follow the instructions to start your daily digital subscription: