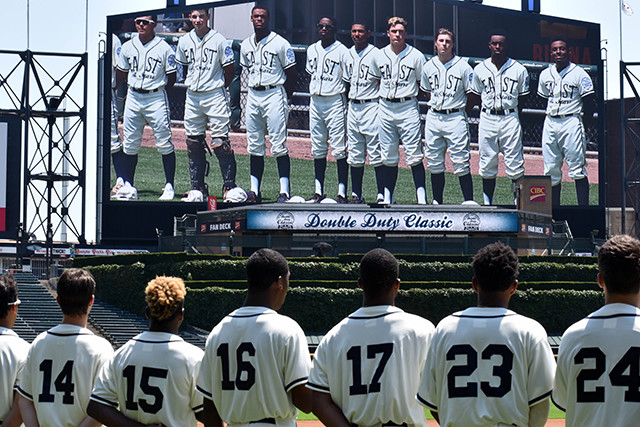 CHICAGO HEIGHTS, Ill. (July 25, 2018) – The Chicago White Sox held the annual Double Duty Classic (DDC) on Tuesday, July 24, 2018. The DDC celebrates the history and tradition of Negro League baseball in Chicago and promotes the next generation of inner-city baseball players.

Video: Melanie, a helicopter, and a bucket of golf balls