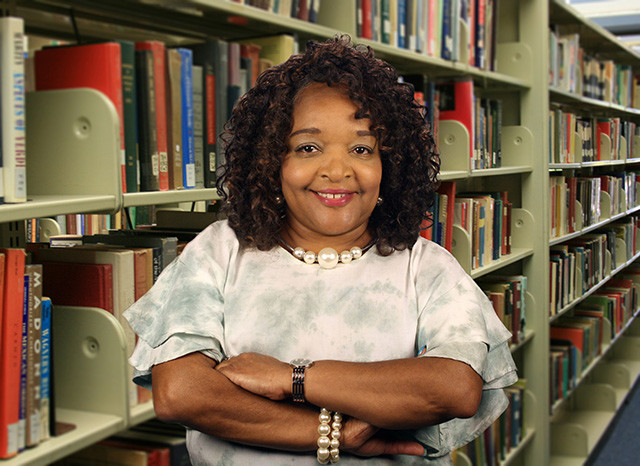 Dr. Stokes will be the first woman President in SSC’s history.

Stokes, currently serving as Vice President of Academic Services at SSC, will officially assume leadership of the college when the current President, Donald Manning, retires on October 1, 2018.

“The entire Board of Trustees and I believe that Lynette is exactly the kind of leader our college requires as we move forward,” Chairman Frank Zuccarelli said. “She is experienced, energetic, and collaborative, and she places a high value on partnering with the community.”

Asked to describe her purpose in life, Dr. Stokes offered a quote that has served as an inspiration and guiding light throughout her life: ‘the purpose of life is not to be happy, but to be useful, honorable, compassionate and to have it make some difference that you have lived and lived well.’

“That exemplifies who Lynette Stokes is,” Zuccarelli continued. “She has been a youth advocate in the child welfare system—passionately involved with Ada S. McKinley Foster Care Services—an elementary school teacher, and active in equal rights organizations.”

Zuccarelli continued, “Her commitment to lifelong learning led her to return to school herself, earning both Master of Arts and Doctoral Degrees from Roosevelt University in Public Administration and Educational Leadership. Dr. Stokes has dedicated her life and career to structuring and sustaining strong educational institutions and making a real difference in people’s lives. Every Trustee on the Board and I are enthusiastic about working closely with Lynette to advance our mission and serve our community.”

In addition to her experience and accomplishments in higher education and child welfare, Dr. Stokes was the recipient of Roosevelt University’s “Most Outstanding Dissertation of the Year Award” in 2005, the “Kathy Osterman Award for Outstanding Public Service Supervision,” and the 2014 Chicago Defender’s “Women of Excellence Award.” Dr. Stokes resides in South Holland with her family.

Stokes will succeed President Donald Manning, who led the college for the past six years and who announced his retirement last March. Manning assumed leadership of the college in 2012, overseeing increased academic programming options and the transformational revitalization of the college’s Oak Forest Campus.

“I am confident that in Lynette Stokes, the Board of Trustees has chosen a person with the right approach to educational leadership and management and who will lead a renewed commitment to our mission,” Manning said. “Lynette will advance a bright future for this important and critical institution serving the needs of the south suburbs in so many ways.”

Chairman Zuccarelli thanked President Manning for his 31 years of service: “Don has been an indispensable part of our college family, and I believe I can speak for all the Trustees and everyone at SSC in saying that we will miss Don’s energy, expertise and dedication. The entire Board and I want to extend our best wishes to Don, as he and his wife Jill move on to this new chapter in their lives. Don, thank you so much for your work, your leadership, and your friendship.”