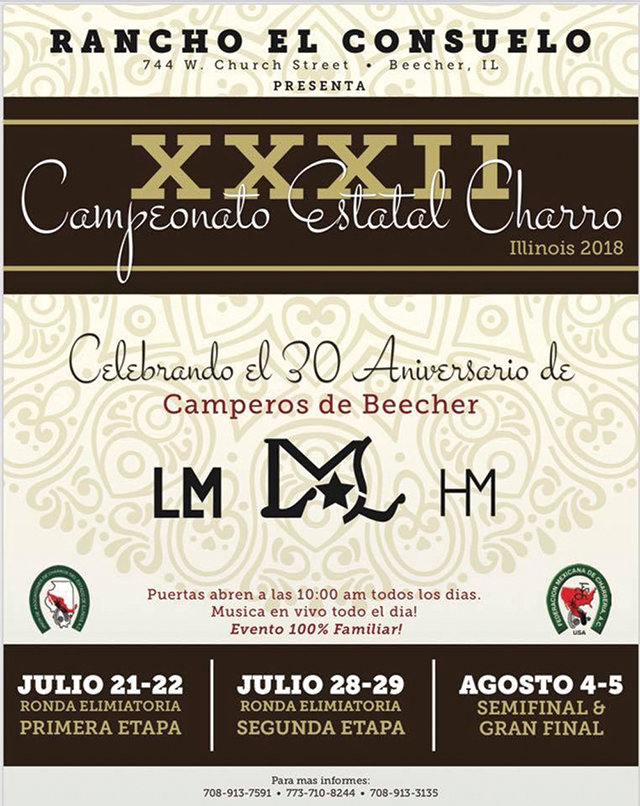 BEECHER, Ill. (July 4, 2018) – For six years, Three Roosters produce store has been the beer vendor at Campeonato Estatal Charro, the state championship Mexican rodeo held annually at Rancho el Consuelo. Store Manager Daisy Herrera will be serving beer and michelada, a beer-based cocktail made with chile and other spices.

It is Herrera’s uncle, Ernesto Acevedo, who owns Three Roosters, and he competes in the rodeo as a member of a team called Camperos de Beecher. Acevedo’s son Ricardo also competes.

Much like NASCAR, Mexican rodeo is its own culture with its own traditions, costumes, terminology, and celebrities. For people who are interested in experiencing it this summer, Herrera explains that the first weekend, July 21 and 22, will be the least crowded and may offer the best opportunity to walk around and get a sense of the event. Because the championship is a tournament, the competition intensifies each weekend, and the crowds intensify as well.