LANSING, Ill. (July 4, 2018) – “The crowd was larger than last year,” said Sharon Desjardins, “—until 8:00pm.” Eight o’clock is when the rain started and police began advising people to take shelter.

Desjardins is Senior Superintendent of Strategy & Operations for Lan-Oak Park District, which organizes Lansing’s Grande Ole Fourth each July 4. She loves the tradition that the event represents, but for the past three years she has also enjoyed adding new features—games, a climbing wall, and, this year, a live band that got good reviews.

So it was disappointing to feel the first few raindrops and have to pack up some of the amusements. But the main concern was the fireworks show.

Officer Keith Zigterman of the Lansing Fire Department was tracking the storm and providing updates to Desjardins and Michelle Havran, Superintendent of Parks & Maintenance. They had already agreed the show would have to begin early, but they were hoping the storm would hold off long enough for darkness to fall.

At 8:15pm, the decision was made to begin preparing the fireworks for launch. The pyrotechnics had been kept under cover, and Havran knew it would take about 15 minutes to uncover everything and start the show.

Those who stayed through the afternoon heat and the evening rains enjoyed a memorable fireworks show. The cloudy skies and early hour provided a unique lighting context for the pyrotechnics: 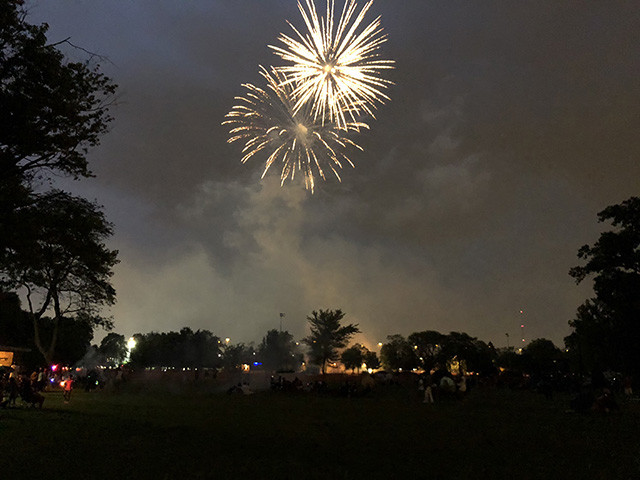 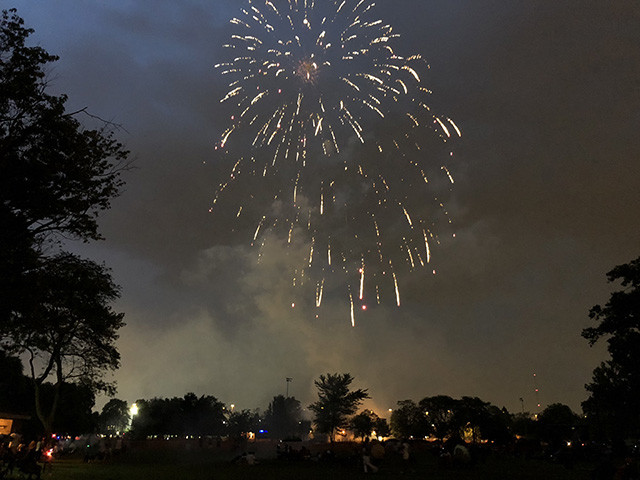 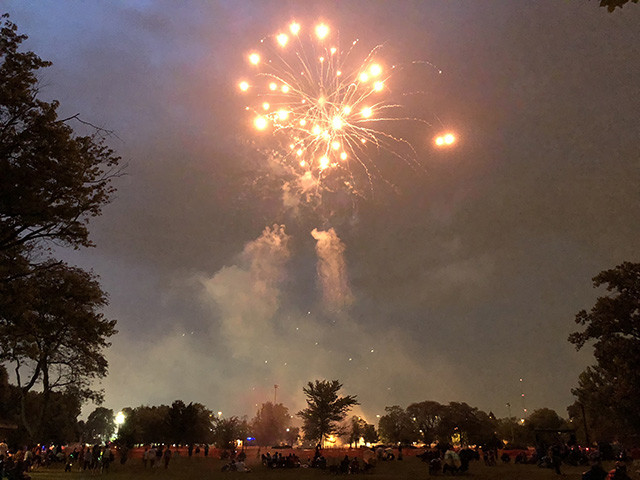 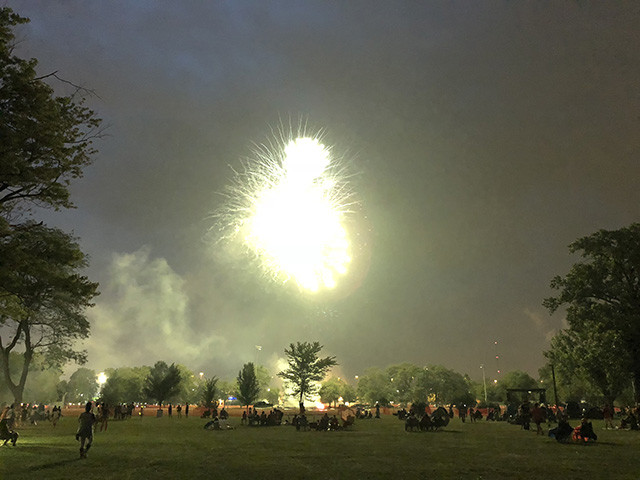 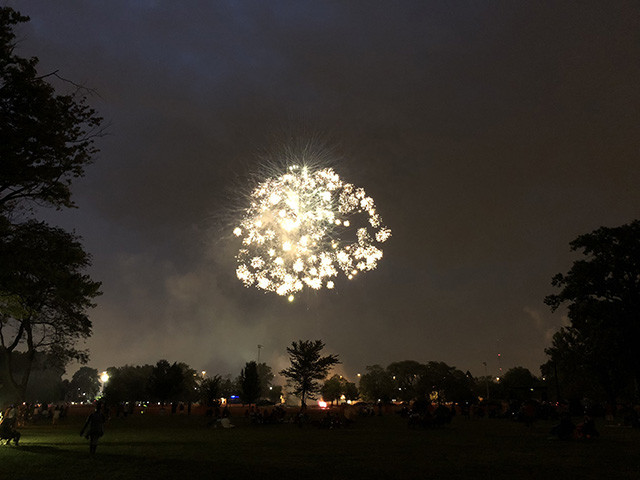 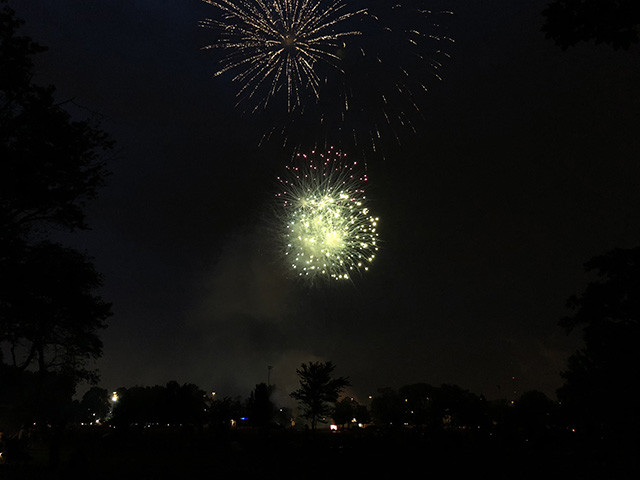 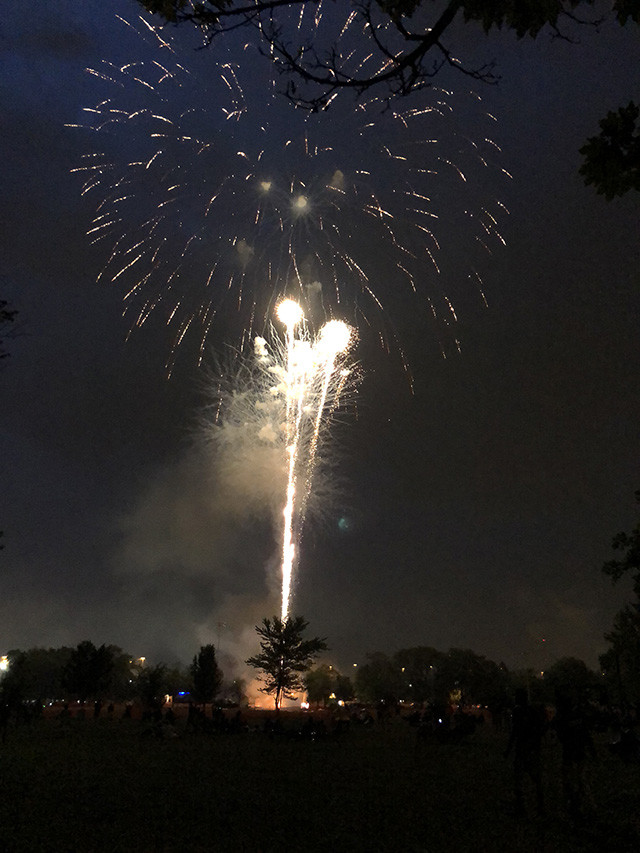 The fireworks were finished around 9:00pm, and the crowd began to disperse—just in time. The thunderstorm that had been hovering in the area opened up at 9:15pm and put on another light and sound show for Lansing’s Fourth of July.