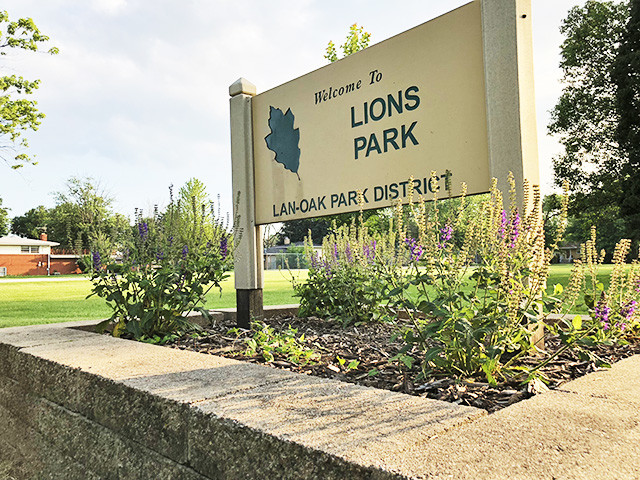 LANSING, Ill. (June 27, 2018) – Early indications are that the Lan-Oak Park District’s plans to host six movie nights in six different Lansing parks have been well received. The first film of the season, Paddington 2, was shown at Van Laten Park (183rd and Holland) on June 15. About 125 people joined together for the evening’s screening, many from the neighborhood surrounding the park. The second film of the series—Wonder Woman—will be shown at Lions Park (177th and Bernadine) this Friday.

The inspiration for the program, said Sharon Desjardins, Senior Superintendent of Strategy & Operations, came from the desire to improve neighborhood parks and give residents the opportunity to appreciate their local park.

“The park district has been hard at work for almost three years improving neighborhood parks. In some cases, residents had stopped visiting their parks due to needed repairs,” Desjardins explained. “The park district staff wanted to plan an event in each neighborhood that would allow the residents to return to and enjoy their improved park—and have some fun. In addition, having one large space for the entire community to gather is a great community amenity, and so is the opportunity to walk down your street and meet your neighbors.”

At the Paddington 2 screening, village officials, police officers, village vehicles, and fire personnel joined families in Van Laten Park. “This added a great opportunity for the kids to be wowed by the trucks and to interact with police officers and firefighters—our community superheroes,” Desjardins said.

Because the summer movie series is geared towards specific neighborhoods in Lansing, Desjardins said that having the events in local parks gives residents the opportunity to enjoy their neighborhood more: “For an event that was offered primarily for just one neighborhood, we felt had excellent attendance [at the Paddington 2 screening],” Desjardins said. “Many of the residents attending commented on what a great idea the event is and how much they are enjoying the improvements made to their park.”

The summer movie series will extend into August. At each event, music, a bounce house, a caricature artist, and a video game truck will be available for residents to enjoy before the film begins. Refreshments provided by the park district will be available for purchase. Each party starts at 6:30pm, and each movie begins at 8:30pm.

After Friday’s movie, there are four more opportunities to enjoy movies in Lansing parks: