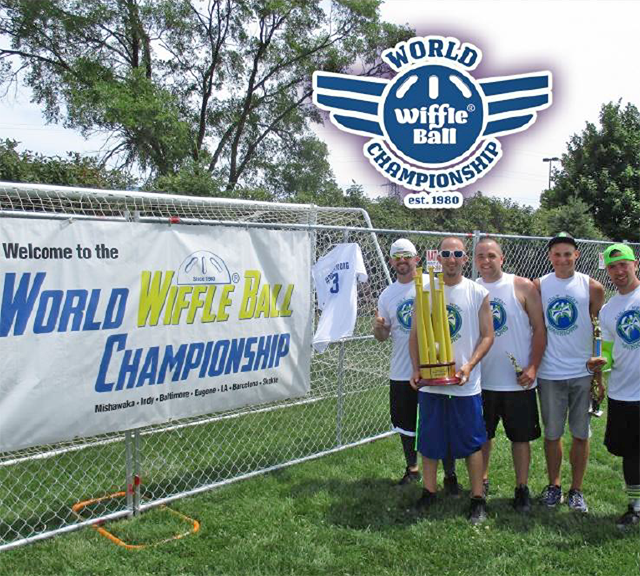 MIDLOTHIAN, Ill. (June 21, 2018) – The World Wiffle® Ball website calls it “the oldest, largest, and most prestigious plastic bat and ball event on the globe.” And it’s coming to Midlothian this summer.

The World Wiffle® Ball Championship originated in Mishawaka, Indiana, in the summer of 1980, when eight teams competed for the world’s first Wiffle® Ball title. Growth of the sport and the championship forced a move to Skokie, Illinois, in 2013. Now the series is calling Midlothian home.

Wiffle® Ball can be played by a wide range of ages—from 12 years old to 70 or older. The game is played with perforated plastic Wiffle® Balls, on miniature ball fields with four- or six-foot home run fences. A team consists of five people, and the Midlothian tournament includes teams made up of fellow office workers, church members, family members, PTA associates, and others.

The annual world championship is an open event for male and female wiffleballers, and teams from around the world participate.

There are no umpires. After a four-game round-robin schedule on Saturday, teams that qualify play a single-elimination tournament on Sunday.

On Saturday, tournament participants will also be able to participate in a Home Run Derby, proceeds of which will benefit the South Suburban Humane Society in Chicago Heights, Illinois.