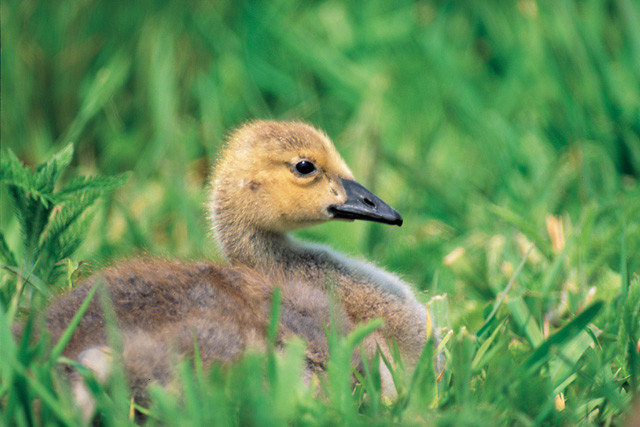 Found babies are not necessarily abandoned

During the spring breeding season, well-meaning people may believe they are helping by taking possession of young wildlife such as young rabbits, fawn deer, baby birds, and other animals that may appear to have been orphaned or abandoned. In nearly all cases, the birds and animals are still being fed and cared for by their parents, which likely stay away from nests or dens if people are present.

The Illinois Wildlife Code provides legal protection for wildlife. It is against the law to keep wild animals as pets, or to raise wild animals believed to have been abandoned.

Anyone with questions about care for possibly abandoned wildlife can contact a licensed wildlife rehabilitator. To learn more about potential wildlife conflicts, and keeping people, pets, and wildlife safe, visit Living with Wildlife in Illinois.

All wild birds, except the Rock Pigeon, European Starling, and House Sparrow, are protected by federal law. This includes protection of eggs, nests, and feathers. The IDNR works with the U.S. Fish and Wildlife Service to protect and manage birds in Illinois.

Some additional reminders about wildlife in Illinois:

The IDNR urges everyone to enjoy wildlife by observing, but not interfering, and by leaving wildlife in the wild.