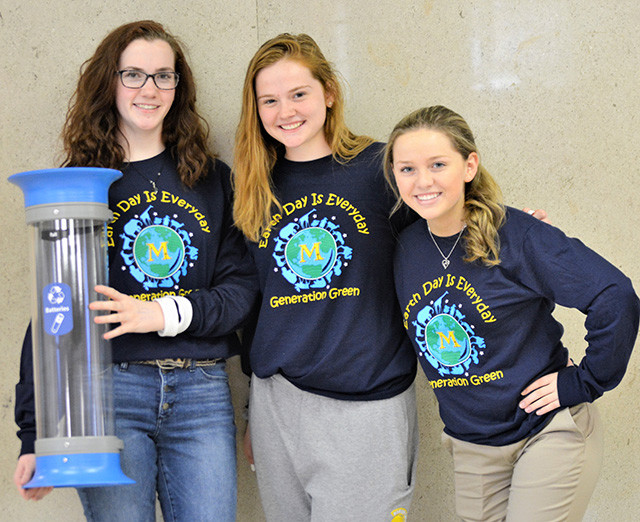 On Monday, April 23, students began collecting shoes as part of the Nike Grind Athletic Shoe Recycling Drive. According to the US Department of Interior, upwards of 300 million shoes end up in landfills every year. Generation Green is collaborating with Nike Town Chicago to re-purpose old and worn-out athletic shoes. The Nike Grind program takes old athletic shoes and grinds them up to make surfaces for playgrounds or athletic tracks. They are able to grind the rubber soles, foam from the mid-soles, and fabric from the upper shoe, so that almost the entire shoe is recycled.

Generation Green asks that students bring in athletic shoes in a bag (which will also be recycled). Cleats are not accepted as part of the shoe drive.

The club will be collecting shoes through Friday, April 27.