LANSING, Ill. (March 7, 2018) – From the 1940s through the 1960s, Homer and Jethro were a country music comedy act that became famous for their parodies of popular songs. They received a Grammy in 1959 for their parody of Johnny Horton’s “Battle of New Orleans.”

Henry D. “Homer” Haynes lived the last decade of his life Lansing, and he died in Hammond, Indiana, in 1971. He and Kenneth “Jethro” Burns were inducted into the Country Music Hall of Fame in 2001 as Homer and Jethro.

Homer’s daughter, Tracy Haynes Vrab, will share the story of her father’s and mother’s country music and comedy careers, how they came to live in Lansing, and their courageous battle with kidney disease.

The presentation will take place Monday, March 26, at 6:00pm in the Community Room at the Lansing Public Library. The library is located at 2750 Indiana Avenue in Lansing. 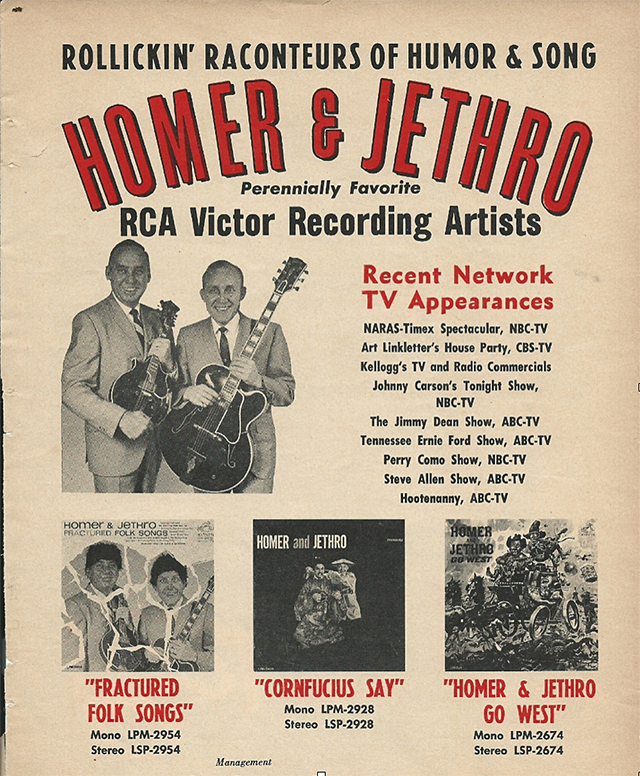