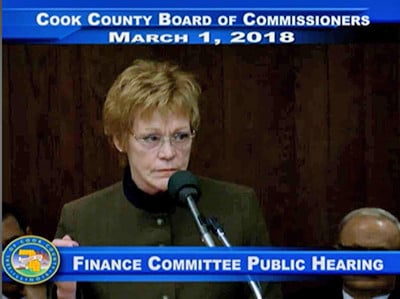 The proposed Prevailing Wage Tax Incentive Amendment requires prevailing wages be paid by employers to contractors who work on projects that receive a tax incentive. The proposed amendment also requires that contractors participate in Department of Labor apprenticeship programs, which would dramatically limit the participation of local small and mid-size contractors in projects within their own communities. The Prevailing Wage Amendment drives up the cost of doing business in Cook County. With neighboring Will County and Indiana nearby, higher wage costs mean higher project costs, which will deter investment and economic recovery in the Southland region.

Tobolski, lead sponsor of the Prevailing Wage Amendment, is commissioner of the 16th District and Village President of McCook, Illinois. His municipality, with a population of 228, is the lowest populated municipality in the county. In comparison, the population of the entire Cook County region in 2015 was 5,238,216. SSMMA’s regional population is nearly 700,000.

Below are excerpts of some of the Southland statements opposing the Prevailing Wage Amendment:

DeLaurentis summed up the position of SSMMA: “So it comes down to this: Is the Tax Incentive Program going to be allowed to promote economic development or, through the Prevailing Wage amendment, impede it? It will not add jobs in our communities—it will halt growth and investment, and impede the potential for jobs across the Southland and throughout Cook County. No projects means no construction jobs and no employees.”