MUNSTER, Ind. (December 11, 2017) – The Four C Notes is a group created and led by John Michael Coppola, best known for his appearance in Chicago’s production of Jersey Boys. They are “the Midwest’s only tribute dedicated to recreating the music of Frankie Valli and the Four Seasons,” says their website. The group will perform at 6:00 and 10:00pm on Sunday, December 31, 2017, at Theatre At The Center.

New Year’s Eve celebrants looking for local entertainment options are invited to ring in 2018 at Munster’s Theatre At The Center. Tickets are $45; a dinner buffet is available prior to both performances for $30 plus tax. Buffet seatings begin at 4:30pm and 8:30pm. 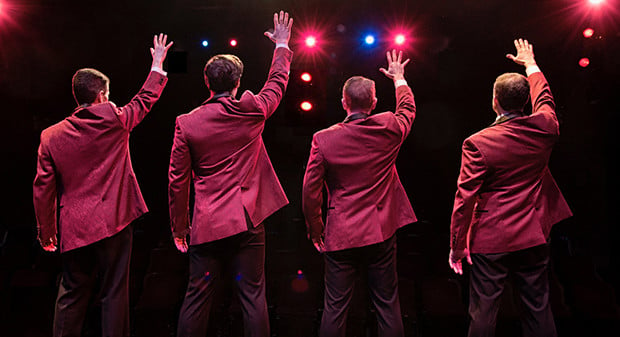 Theatre at the Center is located at 1040 Ridge Road in Munster, Indiana. More information is available at TheatreAtTheCenter.com or 219-836-3255.