Fixing the streets and funding the pensions

“In order to begin providing a sustainable capital improvement program that can be used for resurfacing and/or reconstruction of village streets,” reported Village Administrator Dan Podgorski, “the 2017 Property Tax Levy proposes a line item for Street and Bridge of $1,115,189.00.” This would be new line item that Lansing has not had in previous budgets.

Podgorski referred to the village-wide streets assessment (PDF, 2mb) completed by Robinson Engineering in 2015. At that time, Robinson estimated that it would cost approximately $16 million to repair all streets rated Failed, Poor, or Inferior. Podgorski proposed that in order to make progress on road repairs, while keeping the tax levy consistent with Board policy (increasing it just under 5%), the amount of the levy directed toward funding police and fire pensions should be based on the statutory municipal contribution rather than the amount recommended by Lauterbach & Amen, LLP. Lauterbach & Amen recommend an actuarial formula to ensure a more rapid funding of pension funds, but Administrator Podgorski believes making progress on street repairs needs to be given priority. “The Police and Fire funds have ample dollars in them,” he assured the Board. By introducing a new line item in the budget, and reallocating property tax funds to that line item, Lansing will have funds dedicated to road repairs.

Podgorski also clarified that the tax levy dollars would not be the only source of funding for road repairs. He is expecting additional funding proposals from staff.

“It doesn’t get much cleaner than this”

John George and Kelly Kirkland, from RSM US LLP (formerly RSM McGladrey) had provided the Board with a 140-page audit report. Their presentation at the meeting summarized the findings of that report as well as the process they went through to reach their conclusions. Both representatives repeatedly used phrases such as “No compliance findings,” “Unmodified opinion,” and “No internal control points or audit adjustments.” They concluded by saying, “It doesn’t get much cleaner than this.”

The Village has seen an increase of about $720,000 in the general fund, with an ending balance of almost $8 million. A large portion of that is non-spendable, but there is an unassigned fund balance of about $3.7 million, representing almost 15% of expenditures of the prior year, which is a healthy fund balance.

Mayor Eidam read the bicentennial proclamation provided by the office of Governor Rauner, and she reported on the flag-raising ceremony that took place at Village Hall on Monday, December 4. 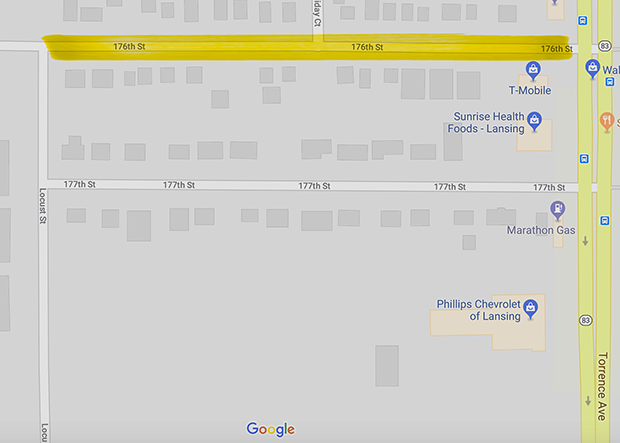 The Village of Lansing had applied for a grant from Cook County as part of the “Invest in Cook” program. Jeff Pintar reported that the Village will receive $70,000 for sidewalk construction on 176th from Locust to Torrence. The full cost of the construction will be $100,000, and the Village already has the remaining $30,000 budgeted. The sidewalk construction project is scheduled to be completed in spring of 2018. Resolution # 1026, approving the intergovernmental agreement that provides the grant, was approved.

Trustee Hardy expressed appreciation for the work of Bob Alderden and the Building Department in ensuring that contractors who do work for Lansing residents are licensed. This is a protection the Building Department provides for citizens. Requiring permits is another protection that helps ensure that proper work is done and proper materials are used.

The Board meeting adjourned to Executive Session to “consider the appointment, employment, compensation, discipline, performance, or dismissal of specific employees.”

The next Committee of the Whole meeting and Village Board meeting are scheduled for Tuesday, December 19 at 7:00pm. Meetings are held in the Lansing Court Complex at the Police Station, 2710 170th Street in Lansing, Illinois. Agendas for these meetings are to be posted at least 48 hours prior, and they are typically found on the Village website.