MUNSTER, Ind. (November 2017) – Theatre at the Center (TATC) has added all-new Special Events to the stage schedule in 2018. In addition to the season’s five Broadway titles, the new group of concerts and headline entertainment includes tribute performances from the acclaimed Artist’s Lounge series:

An Artist’s Lounge three-show package is available for $100.

The Theatre at the Center is intentionally increasing the variety of events as part of their ongoing commitment to gratify returning audiences as well as attract new patrons to Theatre at the Center. “In everything we do, we strive to offer captivating performers, in an intimate setting, at an affordable price,” said Friedman. 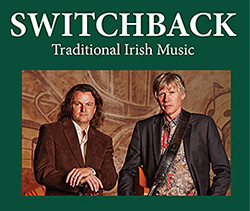 Switchback (March 4 at 7:00pm) is back at TATC by popular demand just in time for St. Patrick’s Day. Their music is a blend of American roots and Celtic soul. Tickets are $30, subscribers $25, students $15. A traditional corned beef and cabbage dinner for $21 plus tax and a Cash Bar are also available. 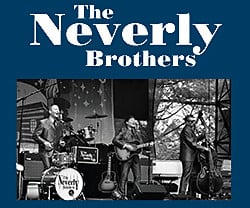 The Neverly Brothers (April 6 at 7:30pm) returns to the TATC stage for a third performance with their rock ‘n roll tribute from Elvis to the Beatles. They will take guests on a “musical tour” of 1955 to 1965, paying tribute to the pioneers of rock ‘n roll. Tickets are $25, subscribers $20. Cash Bar is available. 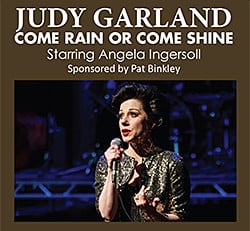 Judy Garland: Come Rain or Come Shine, starring Angela Ingersoll (April 7 at 3:00pm and 7:30pm) has Award-winning dynamo Angela Ingersoll (End of the Rainbow) capturing the emotional and vocal power of Judy Garland live in concert. Ingersoll, with her swinging band, soars in this loving homage with iconic songs that include “Over the Rainbow,” “Get Happy,” and “The Man That Got Away.” Tickets are $45, subscribers $40, students $20. Dinner is $21 plus tax, and a Cash Bar is available. 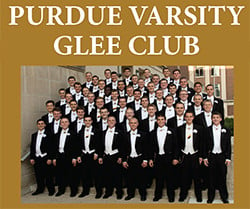 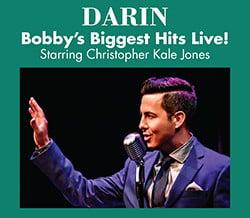 DARIN: Bobby’s Biggest Hits, starring Christopher Kale Jones (June 16 at 3:00pm and 7:30pm) embodies the dazzling versatility of Bobby Darin, recounting a life lived in the spotlight and lost too soon. Songs include “Dream Lover,” “Mack the Knife,” and “Beyond the Sea.” Tickets are $45, subscribers $40, students $20. Cash Bar is available. 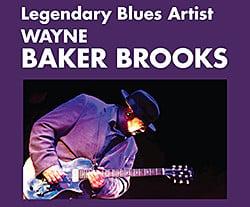 Wayne Baker Brooks (August 17 at 7:30pm), born and raised in Chicago, is a prolific blues legend and considered one of today’s top guitarists. His signature style combines powerful vocals with liquid fire guitar playing that honors his rich blues heritage and expands the boundaries of the genre. Tickets are $30, subscribers $25. Cash Bar is available. 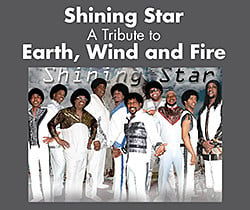 Shining Star: A Tribute to Earth, Wind and Fire’s 40th Anniversary (August 24 at 7:30pm) features 11 talented vocalists and musicians who harmoniously join forces to celebrate the four decades of success and popularity of R&B’s first super crossover group of the 60s and 70s. Tickets are $30, subscribers $25. Cash Bar is available. 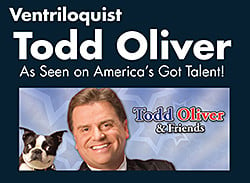 Todd Oliver (August 25 at 7:30pm), a comedic ventriloquist, is appearing at TATC straight from America’s Got Talent for one night only. This is an all-ages show and includes humor, audience participation, and Todd’s very own talking dog, Irving! David Letterman proclaimed that Todd Oliver is “one of the top five ventriloquists in the world.” Tickets are $35, subscribers $30, students $20. Cash Bar is available. 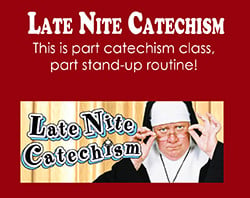 Late Nite Catechism (October 21 at 2:30 pm) has been described as “Loretta Young meets Carol Burnett.” Part catechism class and part stand-up routine for family fun, it’s an interactive comedy and one of the longest-running shows in Chicago and U.S. theater history. The audience is part of Sister’s strictly fun class. She takes audiences back to the days of the Latin Mass and meatless Fridays, and she warns about the times when misbehaving meant a ruler across the knuckles. Tickets are $35, subscribers $30. Cash Bar is available. 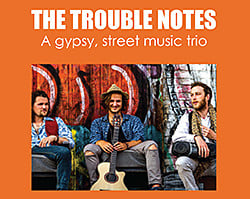 The Trouble Notes (October 26 at 7:30pm) has Munster native Bennet Cerven and his international musical group teamed as the wildly popular band known across the U.S. and Europe, having played more than 400 shows in 15 countries. Their gypsy/street music vibe connects music lovers with styles new and old. Tickets are $25, subscribers $20. Cash Bar is available. 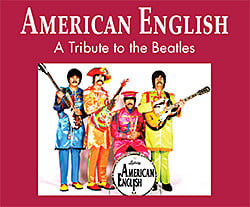 American English: Introducing the Beatles & Beatles Hits (December 28 at 7:30pm) and Revolver & Beatles Hits (December 29 at 7:30pm) boasts precise attention to every musical detail, along with costume changes, vintage instruments, and special effects, to magically create a Beatles Tribute that transports the audience to an experience that feels like an original Beatles show. Tickets are $35, subscribers $30, students $20. The two-show package is $50. Cash Bar is available. 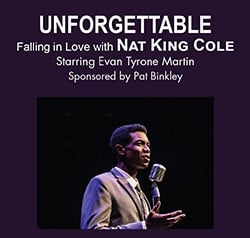 Unforgettable: Falling in Love with Nat King Cole, starring Evan Tyrone Martin (December 31 at 6:00pm and 10:00pm) brings the velvety vocal style of musical legend Nat King Cole to life in a New Year’s Eve celebration with TATC audiences. Chicago Tribune calls Martin “destined for Stardom…one of the Hot New Faces of Chicago Theatre.” Martin intimately relates Cole’s musical journey, from his upbringing in a Chicago church, to the jazz scene, to his emergence as a popular music icon. Classic tunes include “Straighten Up and Fly Right” and “Smile.” Tickets are $45, subscribers $40. Dinner is $30 plus tax. Cash Bar is available.